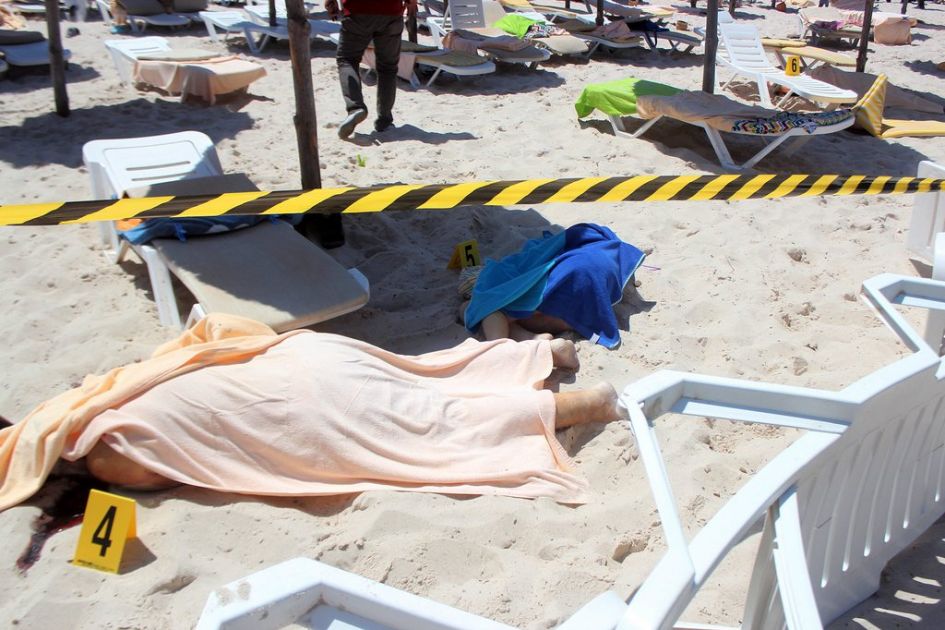 Tunisia suffered another attack which left at least 38 people dead in the touristic town of Sousse. The attack has been claimed by the Islamic State but Tunis ruled out all links between the attacker and the group saying that he never travelled out of the country.  Some of those killed were Tunisians but most of the casualties were German, Belgian, Irish and British citizens. The attack took place on a beach outside two hotels and it is the most fatal single attack since the beginning of the year.

A young man believed to be a student according to Tunisian authorities disguised a weapon in an umbrella before opening fire. Eye witnesses said the assailant took his time, targeting people at point-blank range, first on the beach and then around the swimming pool, reloading his weapon several times and tossing an explosive. Tourists have already started leaving the country after the Friday attack.

The Islamic State has claimed that the “soldier of the caliphate” who killed “subjects of States that make up the crusader alliance fighting the state of the caliphate” was Abu Yahya al-Qayrawani with pro ISIL twitter accounts purportedly posting photos of the alleged attacker.

Security forces killed him shortly after the attack and Rafik Chelli, a senior interior ministry official, said he was unknown to authorities.

The government announced a crackdown on mosques on Saturday and Prime Minister Essid has stressed that “it is not acceptable to have in Tunisia any mosques operating outside the rule of law.” 80 mosques believed to be outside of the state’s control are expected to be closed soon.

Tunisia has been able to surpass its political transition but the random attacks on tourist sites continue to be of great concern.