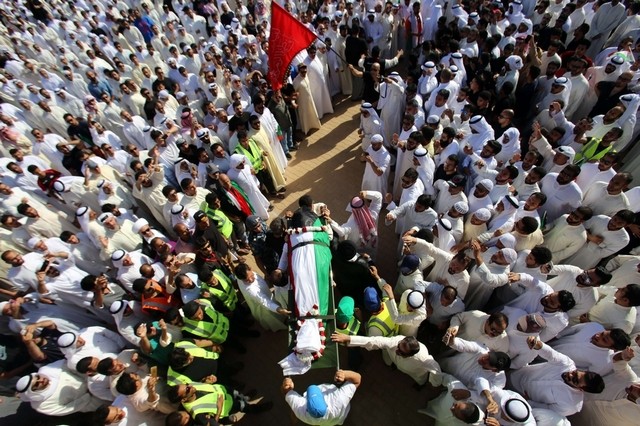 A branch of the Islamic State group based in Saudi Arabia and known as the Najid Province has claimed the deadly suicide bomb attack on a Shia mosque in Kuwait that killed at least a score of people and wounded hundreds during Friday prayers.

Kuwait has generally been spared terror attacks but the latest call of IS for its militants to increase their strikes during the Holy month of Ramadan against Christians, Shias and Sunni Muslim countries fighting with the U.S.-led coalition might have led to the bomb attack.

The bomb blast that took place in the Al-Imam al-Sadeq mosque in Kuwait City has been classified as a suicide attack and the extremist group claimed that Abu Suleiman al-Muwahhid carried it out.

Kuwait’s interior ministry said on Saturday that it had detained amongst others the owner of a vehicle which transported the suicide bomber to the mosque, but the driver of the vehicle, which was found abandoned, is still at large.

The attack is described by IS as an attack against “the temple of the apostates,” a term the group uses to refer to Shias. At least 27 people have been confirmed dead while more than 200 are injured.

Interior Minister Sheikh Mohammed al Khaled al Sabah has vowed that they will “cut the evil hand that interferes with our homeland’s security” and a security official has confirmed that “numerous arrests” had been made. Between 15 and 30% of Kuwait’s population are Shias and authorities have been trying to reduce the friction between them and the Sunnis.

A mass funeral for most of those killed was held at Kuwait City’s Grand Mosque on Saturday and a day of national mourning has been declared.