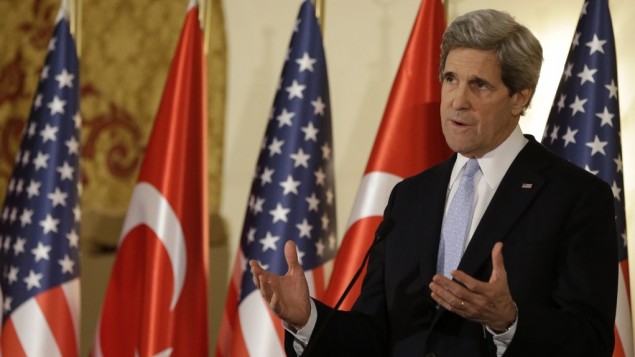 Turkey has been singled out by American authorities in their annual Human Rights report for impunity and weak administration of justice, interference with freedom of expression and not doing enough to protect minorities.

The report is very critical with Ankara which, it argued, has taken in hand the judiciary and law enforcement apparatus rendering the system biased and unreliable.

The Turkish authorities did not escape the criticism of the authors of the report who accuse them of propaganda as they mute any police officer involved in an investigation against the authority and label him as conspirator plotting to overthrow the government.

The report also criticized Turkish authorities for failing to fully prosecute members of the police for “excessive force” that led to dozens of deaths and scores of injuries among demonstrators in 2013 and 2014.

The report criticized the government for creating a new set of courts — Penal Courts of Peace — in which single judges wield extraordinary powers and to which it assigned politically sensitive cases, which had a chilling effect on potential future investigations of politically connected persons.

The penal courts of peace have become a tool for the authorities to jail critics and launch investigations into political cases.

The report also mentioned the breakdown in the freedom of press as seven journalists had been arrested and put to trials with Turkish penal code and anti-terror law retaining multiple articles that restrict freedom of expression.

The report recalled that Turkish authorities blocked access to Twitter and YouTube in the lead up to elections and more than 20 members of the media were detained for being critical towards the government.

The report did not leave out Turkish authorities’ failure to protect minorities as it revealed that cases of societal abuse, discrimination, and violence are on the rise. Kurds continued to face human rights problems, particularly limitations on freedom of assembly. Roma women and children, and lesbian, gay, bisexual, and transgender (LGBT) individuals were also subject to discrimination and abuse. Violence against women, including so-called honor killings, remained a significant problem, and child marriage persisted, the report noted.