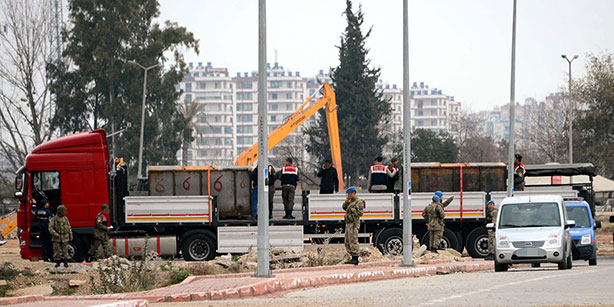 Ankara vehemently denied any wrong doing in the accusation that it ferries weapons to radical groups fighting against the Assad regime. However, according to a video footage leaked on Thursday, a court hearing of May revealed that detained prosecutors, who investigated the case, confirmed that Ankara facilitates arms shipping into Syria.

A team of prosecutors detained for espionage and plot against the state following their investigation of accusation that Ankara is backing rebels in Syria did not shy away upholding that Turkish authorities have been supplying weapons to Assad regime’s foes.

Prosecutor Özcan Şişman, who was in office in Adana, visited Hatay, a neighboring province that sits on the border with Syria, after a truck that was suspected of carrying arms into Syria was stopped. In his defense in court he countered the Turkish authorities’ position that the trucks carrying the weapons were “a state secret” therefore no one has the right to investigate them. Şişman added that a crime committed by a state cannot be classified as a “state secret.”

“It is a terror crime committed by officials,” he said adding that “only police and gendarmerie could carry weapons, not MİT.”

He reiterated that he saw Turkish public officials aiding a number of criminals ferrying arms and jihadists into Syria.

All the other defendants rejected the charges brought against them.

Ankara has been under fire for supporting the rebels in Syria as well as not doing enough to seal its border to prevent flows of foreign fighters to join ISIL ranks. President Obama publicly criticized Turkey for failing to do more efforts to stop foreign fighters from entering Syria.

Ankara had also refused to join the international coalition pounding the positions of the rebels in Syria if the plan does not include removal of Assad from power and the establishment of no-fly zone.