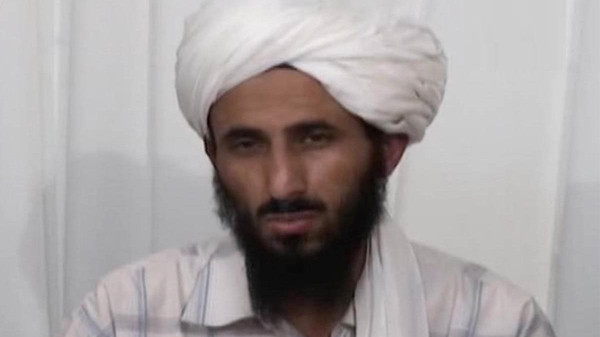 The death of the leader of al-Qaeda in the Arabian Peninsula, Nasir Abdel Karim al-Wuhayshi, has been confirmed on Monday in local reports in the city of Al-Mukalla, in southern Yemen.

Known as Abu Basir, Nasir Abdel Karim al-Wuhayshi is reported killed along with two other al-Qaeda members earlier this week in the city of Al-Mukalla, the capital of Hadhramaut region in southern Yemen.

A Yemeni citizen, Al-Wuhayshi was Osama bin Laden’s secretary before he proclaimed himself as AQAP’s leader in 2008. Ayman al-Zawahiri, current leader of al-Qaeda appointed al-Wuhayshi his deputy in 2013.

He features on the list of most wanted fugitives in Saudi Arabia and Yemen and was arrested and sent back to Yemen in 2003.

He succeeded to break out of the prison with 22 other inmates. The US labelled him “Specially Designated Global Terrorist” in January 2010 and announced a reward of up to $10 million for information on the al-Qaeda leader.

Al-Wuhayshi ‘s Al-Qaeda in Arabian Peninsula group, affiliated to al-Qaeda, has been held responsible for several attacks in Yemen, including on the U.S. embassy, tourists, aid workers, counterterrorism officials and oil facilities.

The death of Al-Wuhayshi follows the unconfirmed death of the top militant of al-Qaeda in the Maghreb, Mokhtar Belmokhtar. Report said he was killed in a US drone strike along other militants to the south of Benghazi, in Libya. Libyan internationally recognized authorities announced on Sunday his death but Pentagon failed to confirm whether Belmoktar, who is wanted for the bloody siege of the Algerian gas plant in 2013 during 38 foreign nationals died, was killed or not.