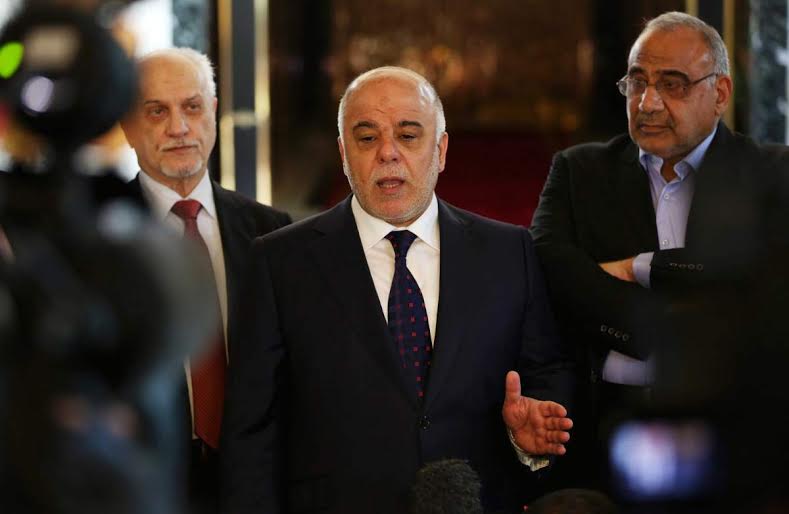 As Baghdad continues its fight against ISIS in Iraq, Prime Minister Haider al-Abadi has called on countries in the region to upgrade their security and checks at border crossing points to stop the flow of foreign fighters who dominate the ranks of the extremist Islamist group, wreaking havoc on Iraq.

Abadi lamented that solving the situation in Iraq goes beyond the efforts of his government since “the number of foreign fighters in Iraq now exceeds the number of Iraqis.” Countries helping the government to fight ISIS have limited their actions to logistics and training or to carrying out airstrikes and have ruled out sending combat troops to the battle ground.

Extremist groups have often used suicide bombers to launch attacks on government positions or among crowded civilians to kill as much as they can while traumatizing those who manage to escape.

Suicide bombers have proven to be one of the most deadliest weapons in the country but Abadi underlined that the trend is likely to continue because “an average of 40 suicide bombers enter Iraq every month” before pointing out that they come “from every country” in the region.

ISIS boasts of having militants from several countries in the region and has been calling for fighters to join the Islamic State group. The Iraqi prime minister wants the flow of foreign fighters into Iraq to be curbed saying that it is a “problem” and “it is up to others… to stop these terrorists from coming to our country, and to stop this machine of killing and destruction and terrorism.”

Some territories along the border with Syria are controlled by ISIS thereby making it easier for foreign fighters to enter Iraq.