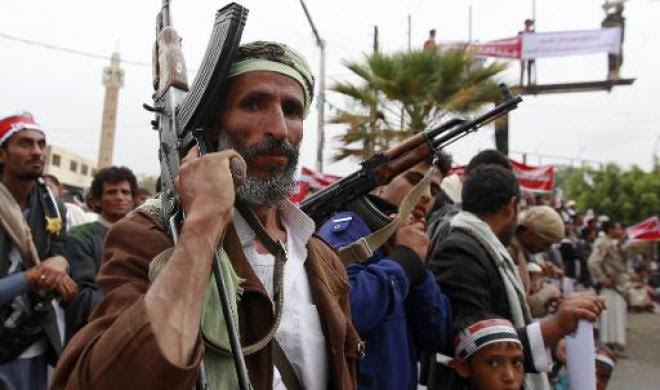 A delegation representing the Houthi Movement and its allies have left Sana’a for Geneva where they will meet with the representatives of the Saudi-based Yemeni government led by President Hadi. The talks will be the first time the two parties will meet to discuss the situation in Yemen since the Houthi uprising started from the northern part of the country before taking over the government.

Representatives from the Gulf States, Egypt, Germany, Turkey, and the Netherlands will also be present in Geneva.

The first round of the talks is expected to be tense. The Houthi Movement wants the Saudi-led coalition to stop its airstrikes before negotiations could begin but stated that it agreed to attend the Geneva meeting because it would broaden the structure for discussions with their opponents.

Hadi’s government that earlier on described the Geneva talks as consultations wants the rebels to retreat from the areas that they took over, hand over government infrastructures; lay down their arms and recognize the government as conditions for negotiations.

UN’s peace envoy for Yemen, Ismail Ould Cheikh Ahmed, urged delegates to discuss “in good faith and without pre-conditions, and in a climate of trust and mutual respect.” UN spokesman Ahmad Fawzi said they will begin with “proximity talks” by separating the two parties “with the hope that they can be brought together.”

It seems as if the rebels are aiming for an end to the war after a member of the party loyal to former President Ali Abdullah Saleh was quoted by state news agency Saba saying “we are going to Geneva and are prepared to go to the farthest point in the world for the sake of our steadfast people, who suffer terribly from the barbaric bombardment and unfair blockade.”