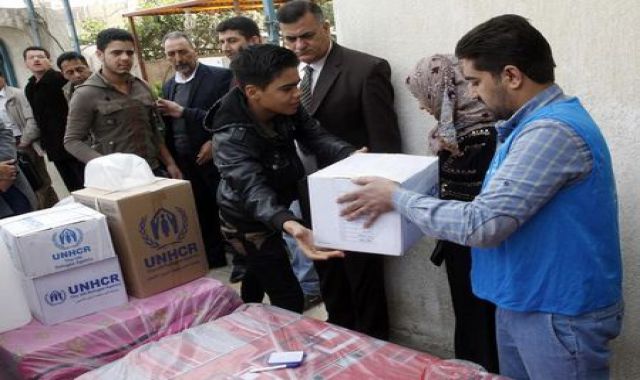 UN Humanitarian aid distribution chief in Iraq called on the international community on Thursday in Brussels to help Iraqi refugees and displaced persons with an additional $500 million in order to ensure the supply of humanitarian food and medical assistance, as hospitals and centres are running out of aid and kits.

Lise Grande indicated on Thursday that “more than 50 per cent of the operation will be shut down or cut back if money is not received immediately.”

The UN says it needs the half billion additional budget to cover cost of shelter, food, water and other aid over the next six months in assistance for more than 8 million people in Iraq.

Grande said the UN would be forced to slash or shut down more than half its aid operations in Iraq without an immediate injection of new funds.

“The crisis in Iraq is one of the most complex and volatile anywhere in the world,” Grande said in a statement. A sharp cutback in the humanitarian aid effort due to lack of funding would have catastrophic implications, she said.

The UN says emergency kit for people fleeing violence are running short, food rations are seriously affected and 77 health clinics are running out of medicine and risk to close down by the end of June if no funding is injected.

Fight between Iraqi forces and IS militants have driven millions of Iraqis out of their houses.

Iraqi government is facing a terror group massacring everything on its way. IS has made gains leaving the Iraqi army in disarray.

During a meeting in Paris earlier this week of the international coalition for the fight against IS group, Iraqi Prime Minister Abadi received pledges from the US and other coalition members to scale up their military and funding to the Iraqi government so that it stands tall against the IS insurgents.