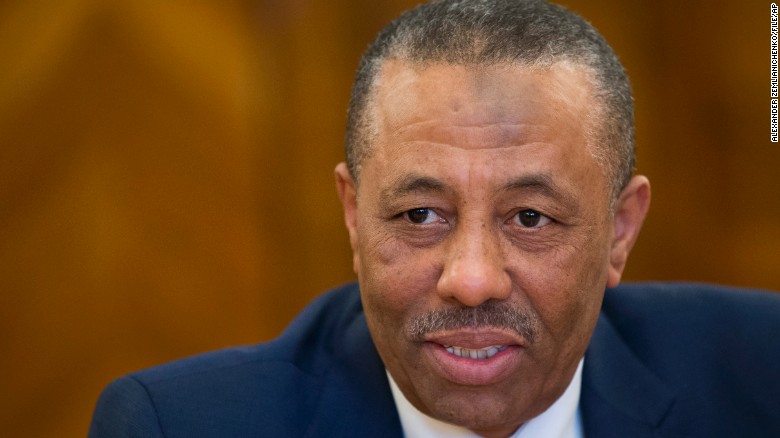 The head of the Libyan internationally recognized government escaped an attempt on his life on Tuesday on his way from a session with the House of Representatives. Prime Minister Thinni’s car was sprayed with bullets but he was able to escape unhurt.

Those who targeted his car are believed to be among the protesters in front of the parliament who were calling for his resignation while he was answering questions in the parliament. The session was finally interrupted when the protesters broke into the building. Shots were reportedly fired during the protest and a car was burnt outside.

Arish Saïd, head of the government’s media department, said the protesters were “threatening to kill the prime minister and force the house to sack him.” He accused “corrupted political financiers” linked to powerful Tobruk tribal leaders of being behind the protest movement.

The social media page of the Tobruk government did claim that the protesters are being manipulated but didn’t accuse any group or individual. It also refuted claims by Awalan TV that the Prime Minster was chased out of the parliament.

Prime Minister Thinni is reported to have left the parliament after Speaker of the House of Representatives, Ageela Salah, urged him to leave out of concern for his safety as the situation was worsening. His vehicle was leaving the premises of the Dar Al-Salam Hotel, which serves as the parliament, when the assassination attempt occurred. “We were surprised by a lot of bullets…Thanks god, we managed to escape,” Thinni said but one of his bodyguards is reported to have been injured by gunshots. He has vowed to return to the parliament on Wednesday to continue the question time at the parliament.