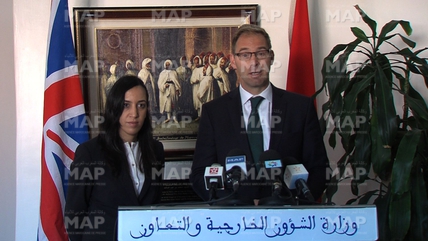 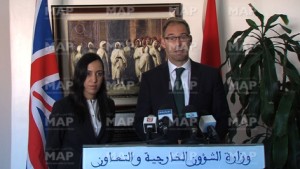 The relationship between Morocco and the United Kingdom, which spans over 800 years, is based both “on shared values and a shared vision of a peaceful, secure and prosperous region”, said Britain’s Minister for the Middle East and North Africa, Mr Tobias Ellwood.

Mr Tobias Ellwood, who has paid an official visit to Morocco, his first overseas since the UK general election, said his country “attaches huge importance to its relationship with Morocco”.

“We have excellent cooperation encompassing the political, economic, security, defence and cultural spheres”, said the UK Minister for MENA region in a press release posted by the Foreign Office.

“I am convinced we can do even more together, including on our already strong trade relations”, he added,  saying the United Kingdom “is continuing to play a role supporting Morocco’s ongoing reform process, particularly through the UK-funded Arab Partnership programme”.

The Arab Partnership initiative, supported by the UK, is providing expertise and assistance to countries, at their request, as they implement their own plans for reform and economic growth. The focus countries are Egypt, Tunisia, Jordan, Morocco and Libya.

The Partnership is also working with international institutions and the donor community to build a stronger international network of support for long-term stability and prosperity in the Middle East and North Africa.