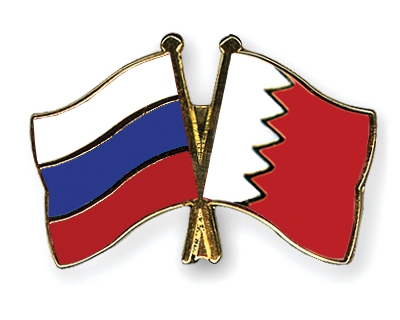 Russia’s Director of the Federal Service for Military-Technical Co-operation Alexander Fomin ended his visit to Bahrain on a high note as the HRH Prime Minister Prince Khalifa bin Salman Al Khalifa hailed the cooperation between the two countries and added that there is still room for development because Russia is “a super power exercising great influence in international politics.” The two states agreed to intensify their military cooperation in order to promote regional stability.

Prime Minster Khalifa said the “steady progress” in their relations “reflects the two countries’ desire to widen areas of co-operation in order to achieve their common interests.” Bahrain wants cooperation in military, technical and other fields to be improved although the Prime Minister was quick to add that Manama’s “prominent concern” in the Middle East and North Africa is “security and stability.” He believes that Moscow can play “a key role” in promoting these two regional concerns because its super power prowess enables it to continue influencing global politics.

Director Fomin said Russia is willing to cooperate with Bahrain in all fields. He was sent on a mission to Bahrain by President Putin.

Praising Russia’s international political and economic weight apart from its military and technical capabilities, the Premier affirmed that the two countries have enough means and potential that will enable them to strengthen their solid partnership.

Russia is trying to increase its influence in the region as states are displeased with the developments surrounding Iranian nuclear program talks and the latest snubbing of President Obama’s Washington-Gulf Cooperation Council summit by some leaders highlights that there is a rift between the Gulf States and the U.S.

Russia has developed strong ties with Egypt under President Sisi and Iraq in the past few years.