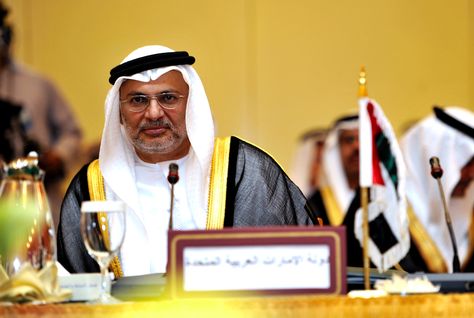 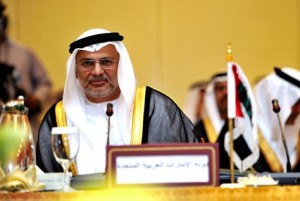 United Arab Emirates Foreign Affairs Minster Dr. Anwar Gargash presented his view of the Middle East as a battle between the Gulf nations and “Iran’s desire for expansion” acknowledging that Saudi Arabia has a key role to play. He hinted that the importance of the upcoming “positive” meeting between the leaders of the Gulf Cooperation Council (GCC) and Barack Obama will be determined by its outcome.

Gargash stated that negotiations around the Iranian nuclear program have “created a new dynamic” in the region and added that the controversial program “is not in interest of moderate Iranians” according to “indications.” He said if a deal allowing Iran to forge ahead with the program is reached, it will be a major blow to the Arab World because “the major issue in Arab-Iran relations is Iran’s desire for expansion.”

The minister hinted that part of Iran’s expansionist program is its support to President Assad which is due to its lack of option. Although Gargash was hesitant to say if the Syrian war will soon come to an end “in the near future”, he outlined that “current movements have not yet reached the level of a final solution” and was optimistic that Assad’s regime will fall. He believes that the end of Assad’s regime does not mean that extremists will take over the country because “there is a way in the middle between these two extremes.”

With the rendezvous at the White House and Camp David between President Obama and the leaders of the GCC planned to take place on Wednesday and Thursday respectively, Gargash revealed that the GCC will seek guarantees from Washington that a nuclear agreement with Iran will also stop Iran’s expansionist policy and assure the respect of regional Arab countries.