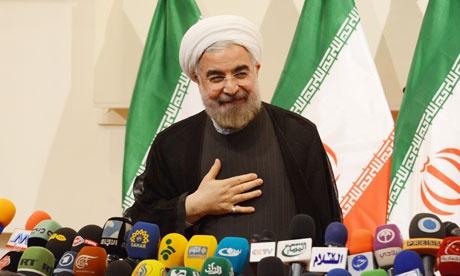 As Iran’s controversial nuclear program is still being discussed behind diplomatic doors, Tehran continues to develop strong ties with Russia and China much to the dislike of the West. With Iran being adamant that it will only accept an agreement that will lift all imposed sanctions, there are concerns that the next deadline could be missed. Israel has not ruled out carrying airstrikes on its nuclear plants but Tehran said such an operation will lead to a war.

Moscow’s decision to supply Iran with S-300 missile system coupled with domestically developed defense systems such as Bavar 373 makes it difficult for Israel to target the nuclear plants if ever it gets to penetrate Iranian airspace.

President Obama meanwhile stated that the U.S has the means to carry out an airstrike Iran.

It is unlikely that the Security Council will take further sanctions against Iran because of the strategic ties Russia, Iran and China are forming in order to create a new multipolar order. It is believed that Russia could also be supplying China and Iran with the S-400 missile systems that are equipped with longer-range guided missiles and even the S-500 systems that are under development. The latter can intercept supersonic targets independently at all point and launch an ultra-high-tech counterattack.

Iran is considered as an important geostrategic ally in the Middle East but the Shia-Sunni tensions have bred strong different opinions with Riyadh; termed as another important regional player. It is believed that Washington enjoys the tug of war between the Shias and Sunnis because it will help it to reinforce its influence in the region by adopting a divide and rule strategy.

Meanwhile, China and Russia do what they deem necessary in the region while ignoring Washington’s policies.