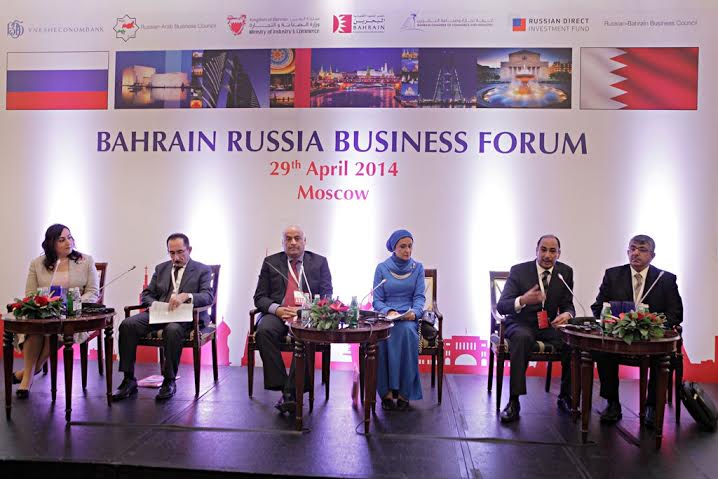 Bahrain is eyeing to further strengthen economic ties with Russia due to the positive outcome of trade between the two countries since the establishment of the Russian-Bahraini Business Council in 2007. Officials of the two countries have been exchanging visits to reinforce their bilateral ties and last year President Vladimir Putin met with both King of Bahrain Hamad bin Isa Al Khalifa and Crown Prince of Bahrain Salman bin Hamad bin Isa Al Khalifa.

According to Vivian Jamal, the Executive Director for Business Development at the Bahrain Economic Development Board, “the dramatic growth in trade volume” urges for the strengthening of economic and trade relationship that is also being supported by the efforts of the two governments. He noted that non-oil trade between them from 2008 to 2011 rose from $6 million to almost $135 million.

Jamal believes that Russia could also penetrate the Gulf markets through Bahrain and other regional countries including North Africa as part of the Greater Arab Free Trade Area. He explained that the Gulf economies are jointly worth around $1.6 trillion and are expected to reach $2 trillion in the next five years. Apart from investors benefitting from the free trade access to the markets, Moscow could also solidify ties with members of the Gulf Cooperation Council (GCC), he added.

Last year, a Memorandum of Understanding was signed between Bahrain’s national airline and Russian Direct Investment Fund for direct flights between the two countries. Jamal is confident that it will offer Russian investors “a tried and tested legal and regulatory regime” cheaper than other flights in the Gulf with quick and easy connections by air, road and sea to the other five countries of the GCC.