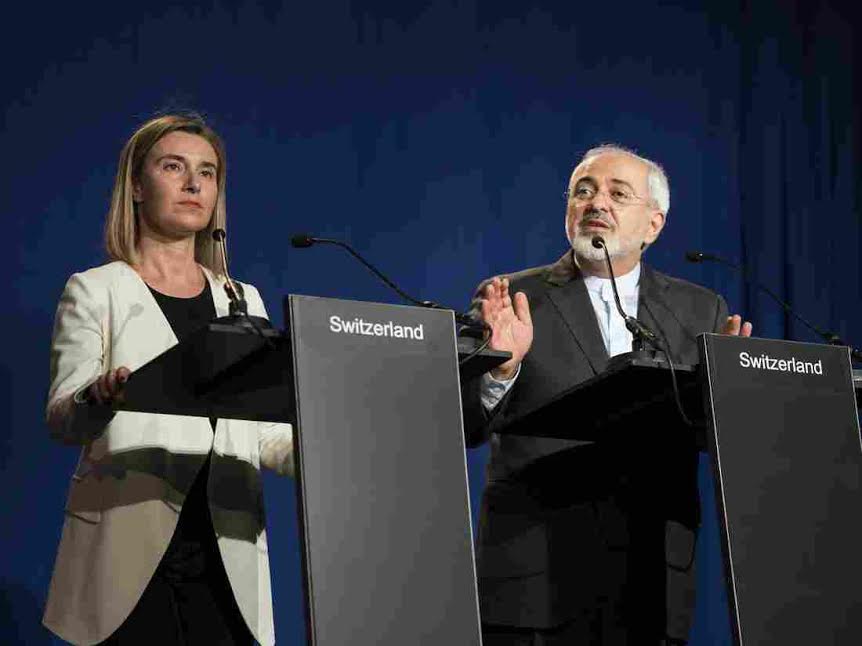 Iran has reached a framework agreement with Britain, China, France, Germany, Russia and the United States on its nuclear program paving the way for a technical agreement to be sealed before June 30. A joint statement read by EU foreign policy chief Federica Mogherini stated that it was a “crucial decision” and a “decisive step” towards drafting the formal text and annexes.

As part of the agreement, Iran will continue with its nuclear program but adjustments will be made at plants to stop it from producing atomic weapons and its uranium centrifuges will be reduced in exchange for an end to economic and financial sanctions.

President Obama descried the achievement as “a historic understanding with Iran” and a “good deal” citing that it was based on “unprecedented verification” and “if Iran cheats, the world will know it.”

Iranian Foreign Minister Mohammad Javad Zarif said it is a “win-win outcome” and that the full nuclear deal would be “something actually very innovative” as Iran would be able to sell enriched uranium in the international fuel market. He said efforts are being made by all the countries not to go back to the “old system.”

Russia said the framework was in accordance with the recognition of “Iran’s unconditional right to a peaceful nuclear program” while France’s Foreign Minister Laurent Fabius warned that “there are still questions and details that need to be resolved” despite the positive step. US Secretary of State John Kerry is optimistic that the agreement was a “solid foundation for a good deal.”

The announcement of the framework agreement was met by jubilant scenes in the streets of Tehran but sanctions will continue to be in place until the International Atomic Energy Agency confirmed Iran’s compliance with a formal agreement.