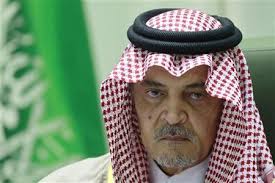 The diplomatic tussle between Saudi Arabia and Russia has taken a new twist after Foreign Minister Prince Saud al-Faisal told the ongoing Arab Summit in Egypt that Russia is part of Middle East’s problems. He was reacting to a letter from President Putin that was read at the Summit hailing efforts of the Arab nations to peacefully solve their problems without external interference.

Egyptian President Abdel-Fattah al-Sisi informed the summit that a letter from president Putin would be read. In the letter, Putin stated that “we support the Arabs’ aspirations for a prosperous future and for the resolution of all the problems the Arab world faces through peaceful means, without any external interference.” His remarks came at time when an Arab military coalition led by Saudi Arabia is bombing Houthi positions in Yemen.

The Russian president’s declaration of support was termed as hypocrisy by Saudi Foreign Minister Prince Saud al-Faisal who was present at the gathering. Shortly after the letter was read, Faisal hoped that Putin “corrects” his actions in the Middle East “so that the Arab world’s relations with Russia can be at their best level” after lambasting Russia for “influencing” the “problems” in the region. “They (Russia) speak about tragedies in Syria while they are an essential part of the tragedies befalling the Syrian people, by arming the Syrian regime above and beyond what it needs to fight its own people;” he lamented.

Riyadh and Moscow have been at odds over the crises in Syria. Russia supports Assad’s regime and wants a political solution to the crises that includes Assad while Saudi Arabia backs the rebels and wants Assad to leave power. Both sides have been accused of supplying weapons to fuel the crises.