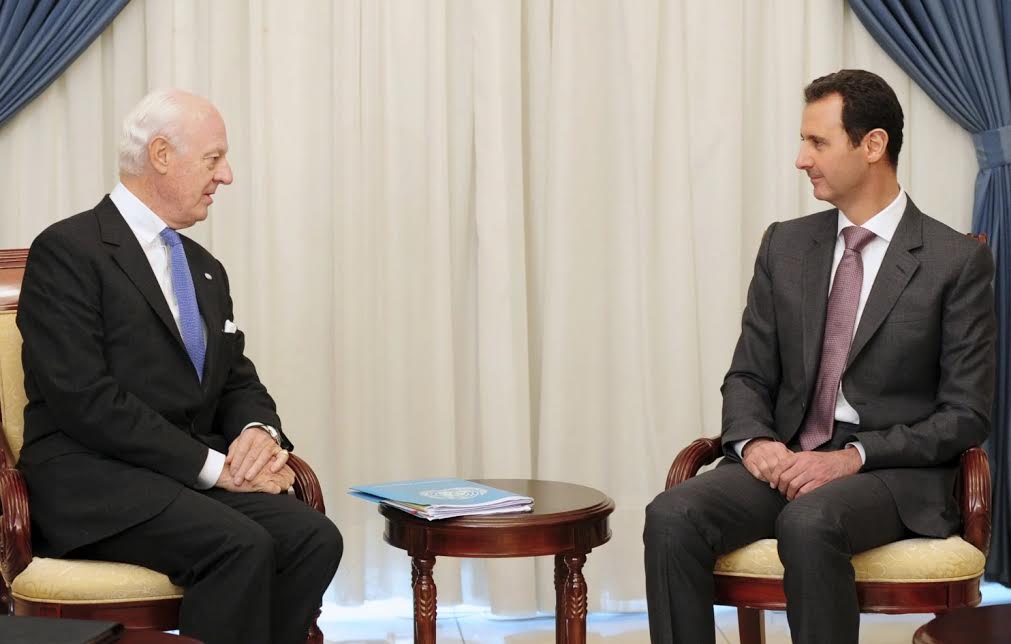 As the war in Syria gets five years old next month, UN is trying to end it with already more than an estimated 200,000 people dead and millions displaced. Special envoy Staffan de Mistura will be in Damascus during the weekend to discuss important details with senior government officials regarding the proposed six-week suspension of hostilities between the government and rebel forces in Aleppo. Another team will head to Aleppo to evaluate the conditions.

A ceasefire deal in Aleppo will enable the distribution of much needed humanitarian aid to the population and its success would further encourage negotiations for a nationwide ceasefire agreement.

Allies of the Assad regime, Russia and China, have urged Damascus to go the extra mile and bear the primary responsibility to protect civilians respectively. U.S. Ambassador to the UN Samantha Power claimed that the Syrian government doesn’t often honor its commitments. The Security Council has requested for a monthly briefing of developments in the country.

Kang signaled that violations have been repeated and that only the numbers change but “the pattern remains the same” as “the parties to the conflict continue to act with impunity.” Neighboring countries are struggling to deal with the refugee crises and countries like Jordan, Lebanon and Turkey have stated that their resources are overstretched.