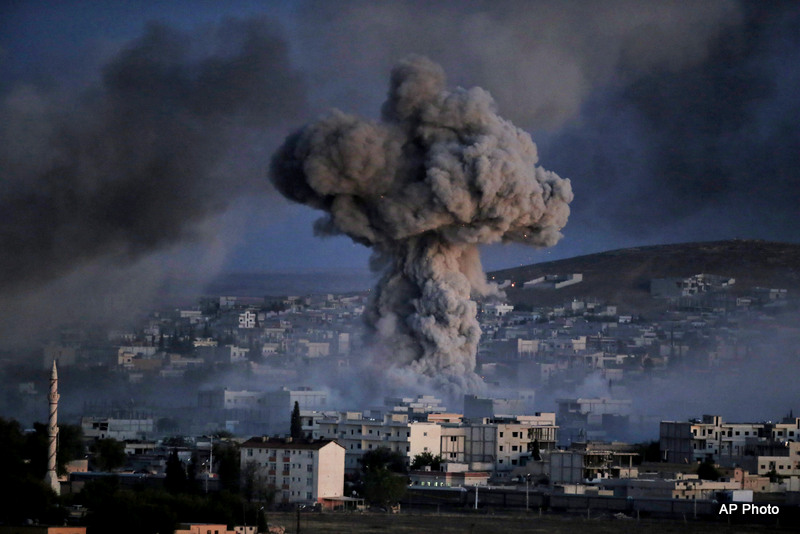 There are hopes that a partial ceasefire deal could soon be sealed in Syria after UN special envoy to the country Staffan de Mistura told the UN Security Council that the Assad regime is willing to halt its aerial bombardment of Aleppo to give a chance to negotiations. Mistura has been meeting with government and rebel representatives for “local freezes” in Syria, starting from Aleppo, in order to allow humanitarian aid through and for a possible ceasefire in other areas before talks aimed at ending the war could begin. Diplomatic sources claimed that Mistura will be returning to Syria to further negotiate a breakthrough as there are no concrete agreements. Meanwhile, rebel groups have declared that they are increasing their attacks on government positions in response to airstrikes on Douma, a suburb of Damascus. Nine people were killed and more than a dozen injured after rebels fired shells on an area controlled by pro-Assad forces in west Aleppo on Monday. The regime also dropped barrel bombs in rebel held areas but there were no casualties

Battle for the control of Aleppo has intensified and local newspapers have stated that the military has sent reinforcements to the region and the regime is also counting on the support of Kurdish fighters.

Shamiah Front, an active group in Aleppo, had recently increased its coordination with Kurdish YPG militia while the Free Syrian Army also joined hands with another Kurdish group.

Al-Watan newspaper cited a paramilitary source claiming that Kurdish fighters cooperating with the regime forces are playing a crucial role in overcoming the rebels. According to the newspaper report, some Kurds in the rebel ranks are serving as spies and have carried out successful assassinations of the leaders of the gunmen.