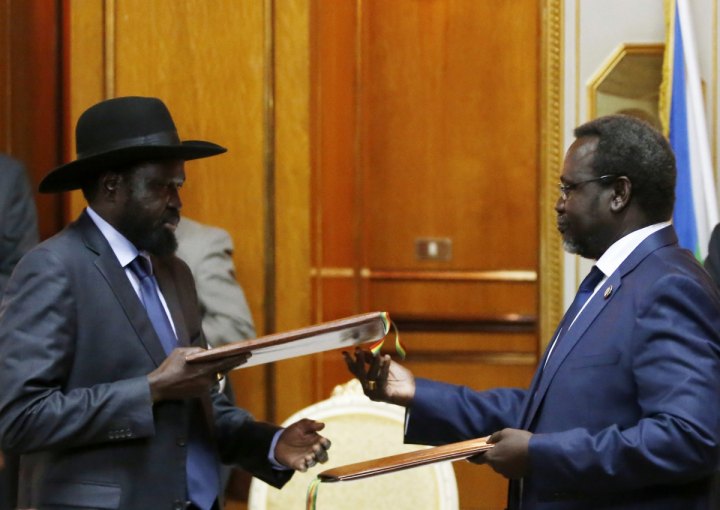 Another new ceasefire deal has been reached between South Sudanese President Salva Kiir and rebel leader Riek Machar with the hope that it will be the final one after the violation of six ceasefire deals between them. Fighting has been going on in the country since December 2013 and the regional East African Inter-governmental Authority on Development (IGAD) has warned of strict sanctions if the deal is not respected. 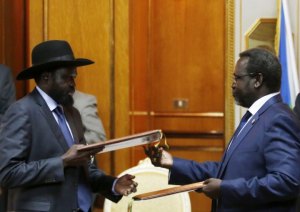 The last ceasefire was in November but only lasted for a few hours before fighting broke out with both sides accusing each other of violating it.

The ceasefire agreement was reached after four days of negotiations but a member of the negotiating team from IGAD, Seyoum Mesfin, stressed that although “complete cessation of hostilities in South Sudan is expected as of this morning (Monday),” a final deal is yet to be reached on a transitional government. Fighting broke out in South Sudan when Kiir accused his sacked deputy Machar of attempting a coup.

After signing the agreement, rebel leader Machar pointed out that “this is a partial agreement because we have not solved some of the most critical issues” as differences over the formation of a transitional government still persist. Human right groups have often accused both the government and the rebels of carrying out ethnic killings and abusing human rights. Thousands of people have been killed since the war started.

Mesfin said another round of talks will begin on 20 February that “would lead them into concluding a comprehensive agreement to end the crisis in South Sudan.” The deadline for the final deal is 5 March. He also promised “tough sanctions” against the two warring parties if they violate the deal.