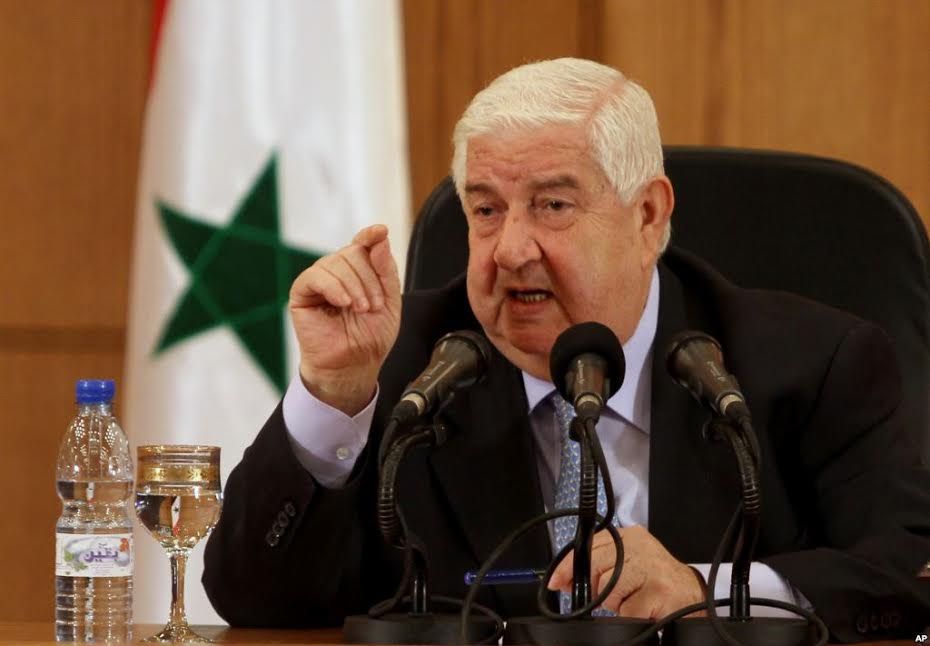 Syria’s Foreign Minister Walid Muallem has stated that Damascus is boosting its security capabilities because of suspicions that the US could attack the Syrian army. Russia will be supplying the government with “advanced weapons.” He said that even though President Obama does not want to go to war with Syria, such a war is now a possibility after the Republicans won the majority of the seats in the congress during this week’s mid-term elections. Interviewed by Lebanon’s al-Akhbar newspaper before the elections were held, Muallem stressed that “we (Syrian government) have to prepare ourselves” for a war “if the Republicans achieve a majority in the U.S. mid-term elections.” He added that the US, due to “domestic reasons, wants to avoid war with Syria” but claimed that Republicans will mount pressure on the government should they dominate the congress.

Despite previous US assurances that only ISIS will be targeted by the airstrikes, Muallem is urging Russia to “take advantage of the situation and provide us with advanced weapons.” Last September, President Putin suspended the delivery of the weapons “for the moment” after a visit by Prime Minster Netanyahu to Kremlin.

Muallem is hoping that the change of hands in the congress will fasten the delivery of the weapons believed to be part of a deal worth around $1billion. “The main problem is on the road to a speedy solution, meaning the Kremlin’s political approval. It is just around the corner,” he said.

Among the advanced weapons expected from Russia is the S-300 anti-aircraft missile that can neutralize an aircraft or a guided missile.

The armament of the pro-government forces in Syria is considered by Damascus to be an anticipation of the change of U.S foreign policies towards the regime.