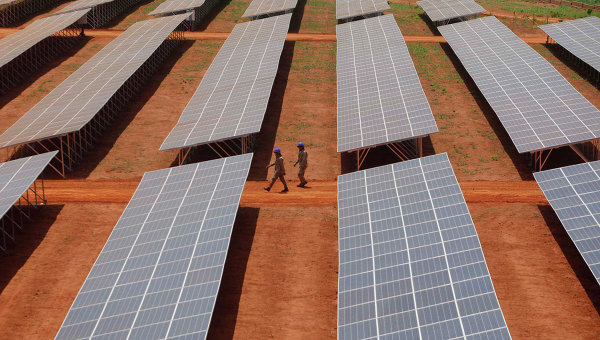 Tunisia could be exporting electricity to the United Kingdom by 2018 with the help of the solar energy generated in its Sahara desert. It is claimed that when the project is accomplished, it would provide the UK with 2gigawatts of electricity which could provide two and half million UK homes with power. Legislative reforms are being made to facilitate the implementation of the project and its feasibility as work on permitting and development continue. The project will be implemented by London-based investors Low Carbon in partnership with Nur Energie, a utility scale solar developer. Construction is scheduled to begin by the end of 2016. Millions of dollars will be spent on the project.

Kevin Sara, chief executive officer of Nur Energie said the investment is worth it because “successful government programs such as MASEN in Morocco prove that developing solar in the Sahara is a cost effective source of renewable energy today.” He added that the project will help to curb carbon emission amid the rising energy demand. Among the plans is the use of Concentrated Solar Power (CSP) technology which enables developers to store some of the generated energy by switching it on and off depending on the demand.

Roy Bedlow, CEO of Low Carbon said they can challenge other means of generating energy if they have the right level of investment. It is claimed that energy from the Tunisian project will be 20% cheaper than UK grown sources such as offshore wind. Bedlow highlighted that “large scale solar projects, in Europe and Africa are a vital part of diversifying and securing Europe’s energy supply, while creating a low carbon economy.”

According to Sara, three-year study has proven that the Sahara desert has a direct normal irradiance (DNI) of 2,500kWh/m2/Yr.