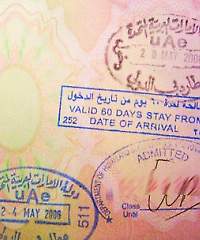 The United Arab Emirates (UAE) has changed its Visa and Fees System in order to ensure multiple entries to those visiting the Emirates especially tourists. The new system was introduced at the beginning of the month and it is expected to make travelling to the UAE more cost effective and logistically more convenient for cruise ships and their customers. Hamad bin Mejren executive director of business tourism at Dubai’s Department of Tourism & Commerce Marketing said the system will facilitate “the attractiveness of Dubai as a destination for those overseas visitors who plan on travelling in and out of the UAE – for example on a cruise ship, or by taking a short break into neighboring Oman and Saudi Arabia.”

Dubai’s cruise ships and their partners welcomed the amendments of the visa and fee systems signed by His Highness Sheikh Mohammed Bin Rashid Al Maktoum, UAE vice president and ruler of Dubai. Most of the international cruise lines operating in the Middle East are registered in Dubai. Hamad bin Mejren said “the advantage of simplifying visa procedures through granting passengers multiple entry tourist permits will reduce the costs for each passenger and further boost the sector’s growth.”

Visa fee for visitors with a multiple visa on a cruise line is now pegged at 200 dirhams. They will be saved from requiring two or three separate visas just to visit other emirates or neighboring countries and return to Dubai. It also included visitors traveling by air, land or sea and will be making multiple stops.

Hamad bin Mejren hopes that the system will ease the promotion of the Arabian Gulf as a leading crusie destination as well as Dubai’s attractiveness as a destination for both leisure and business.