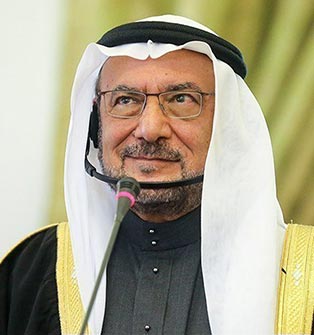 “In 1967, the Arabs faced a defeat as Israeli forces entered the Sinai Desert, West Bank of the Jordan River and the Golan Heights. Arabs cannot imagine stopping the support for Palestinians, but practically they are not in a position to do anything,” Secretary-General Iyad Ameen Abdullah Madani of the Organization of Islamic Conference (OIC) stated. His remarks limit’s the support of the Islamic world to Palestine against Israel to probably moral, financial and logistical support. Secretary-General Iyad Ameen Abdullah Madani made these revelations in Islamabad, Pakistan, where he is attending an event under the theme ‘Contemporary Challengers of the Muslim World: The Vision and Role of the OIC’ at the Institute of Strategic Studies. His acceptance that the “Arabs… are not in a position to do anything” after being defeated by Israel in previous wars against them could come as a surprise to many. It is however clear that most of the countries will not welcome his comments.

Madani opined that “war crime” charges could be an option to stop Israel’s military actions in Palestinian territories. He said that the “OIC has been trying its best to classify the killing of Palestinians as a ‘war crime’ ” but its efforts have been held back by supporters of human rights. Madani claimed that “the preachers of human rights are not only supporting Israel but are also providing political shield to it” from such charges. He added that OIC’s human rights wing fights for the respect of equal rights; even that of non-Muslims.