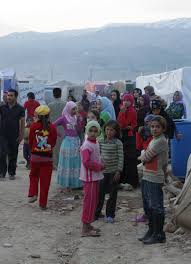 The Syrian conflict is forcing Lebanon to break unwanted records and increases pressure on Lebanese resources due to the ongoing war between government forces and rebels. Battles have forced the civilians to flee their homes. The United Nations Refugee agency announced that it has recorded the millionth refugee in Lebanon to showcase the effects of the Syrian war. The number is expected to increase as daily arrivals continue.
Ninette Kelley from the United Nations High Commission for Refugees (UNHCR) “the extent of the human tragedy is not just a recitation of numbers, but each one of these numbers represents a human life who…(has) lost their home, their family member, their sense of future.” She wants the world to know the ordeal refugees have gone through.
25% of Lebanon’s population are Syrians. This number has made it the country with the highest per capita concentration of refugees worldwide in three years. Ninette Kelley referred to it as a “devastating milestone.” A total of 9.5 million, almost half of Syria’s population, have fled their homes since the start of the conflict.
The resources of the Lebanese government are being overstretched and aid has not been forthcoming as wished. UN High Commissioner for Refugees Antonio Guterres said “the impact is staggering” and challenging for the small nation. 2,500 refugees at registered on an average daily bases. The United Nations said that school-aged refugees bypass by far the number of Lebanese children in the country’s state schools.
The UN says the need to support Lebanon is growing more urgent, with the security of the Middle East at stake. Lebanon has its internal political differences.
The largest numbers of refugees have been taken in by Turkey, Jordan, Iraq and Egypt.