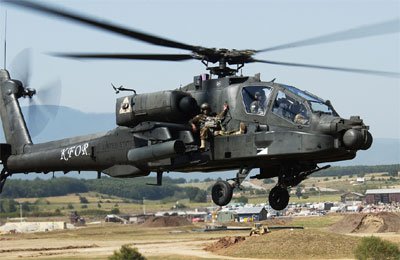 Qatar has renewed its intentions to reinforce its military arsenal with diverse equipment worth around $23billion from different companies mainly based in Europe and the United States. The military will be acquiring attack helicopters, guided missiles, tankers with high-tech equipment. There have been no clear reasons for Qatar’s interest in increasing its military power but many believe that it is relation with Iran and the internal threats posed by the Arab Spring.
Boeing has confirmed that Qatar has ordered two dozens of AH-64E Apache attack. The helicopters are estimated to be worth around QR8,9 billion. Qatar also ordered three Boeing 737 Airborne early warning and control aircraft. Companies based in the United States amassed a total of around $7,6 billion worth of contracts. This amount is shared between almost 20 companies amongst which are Lockheed Martin and Raytheon.
U.S Defense Security Cooperation Agency said Qatar also wants to acquire a FPS-132 Block 5 Early Warning Radar which will provide it with a “permanent defensive capability to the Qatar Peninsula as well as protection of the economic infrastructure and well-being of Qatar.” The Early Warning Radar system will “reduce dependence on US forces” and increase Qatar’s reliance on its military.
Airbus will also be delivering 22NH90 military helicopters together with two refueling tankers at an estimated total of $2,76 billion.
The U.S has been dedicated to strengthening its relations with the Gulf nations and the Defence Security Cooperation Agency argued in congress that the “proposed sale will contribute to the foreign policy and national security of the United States by helping to improve the security of a friendly country that has been, and continues to be, an important force for political stability and economic progress in the Middle East.”