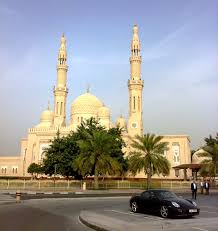 In protest of an attack on the United Arab Emirates by Qatari Islamist preacher Yousif Al Qaradawi over “insolent and insulting” remarks he made in a mosque in Qatar, the Qatari ambassador to the UAE Faris Al Nuaimi was on Sunday summoned to the Ministry of foreign affairs. The remarks which were delivered over Qatar’s official television network came as a shock to the government and people of the UAE especially coming from a “brotherly and neighborly country”, expressed Dr. Anwar Gargash, Minister of State for Foreign Affairs.
Regardless of the UAE’s respect for freedom of opinion and expression, it is against all forms of “seditious and hateful speeches” and as they calmly wait for condemnation, explanation and assurance that such “distortion and instigation” shall not repeat itself, there is yet no response from Qatar despite “well-intentioned dialogue and self-restraint” said Dr. Gargash.
Nonetheless, over the past few days endless top-level contacts have been made in a bid to control the situation but apart from an official statement “that did not include any decisive denunciation of the contents of Al Qaradawi’s speech,” not much has been achieved as it doesn’t secure the event’s non recurrence in the future.
Due to Qatar’s failure to stop using “their religious and media platforms to insult a brotherly and neighborly country” and after the UAE’s futile efforts to keep both countries in good relations in spite of Mr Al Qaradawi attempt to bring about “sedition and division”, major steps have to be taken according to Dr. Gargash. “We do not accept, under any excuses, this insult against the dignity of the UAE, its leadership and its people, and against its path and traditions.”