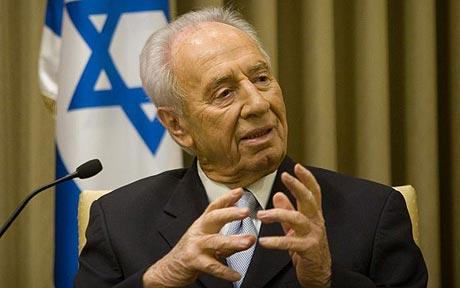 Tension escalates in Israel as President Shimon Peres privately opposes Prime Minister Benjamin Netanyahu’s insistence that Palestinians recognize Israel as a Jewish state. He termed Netanyahu’s insistence as “unnecessary” as both Palestine and Israel are yet to come to an agreement after decades of conflict.
Netanyahu however has managed to increase calls to his demands and restate his stance with Canadian Prime Minister Stephen Harper in a meeting they had in Jerusalem on Tuesday. According to him “to have a genuine peace between us and the Palestinians there must be a Palestinian acceptance finally of a nation-state for the Jewish people”.
The Israelis on the other hand refused his demands for fear of the return of Palestinian refugees who were driven into exile upon the creation of the state of Israel in 1948. They label Netanyahu’s focus on the issue as a “deliberate ploy to sideline more pressing issues in peace talks that were kick-started by US  Secretary of State John Kerry in the middle of last year”.
As the uproar continues, a top official in the European Union warns both states that there’ll be a “price to pay” if the peace talk collapses. Amid unresolved issues with Palestine, EU’s ambassador to Israel warned Israel against their initiative to build over 1949 Armistice lines which he threatened will push the EU into boycotting them. These threats have led to Israel accusing the EU of an anti-Israel bias. The EU however in a bid to affirm its non bias position noted that it might not pick up on “the very substantial hole” in the Palestinian budget, if the Palestinians refuse to act. Despite negotiating efforts, very little progress has been shown.
Israel and Palestine are holding secret negotiations.