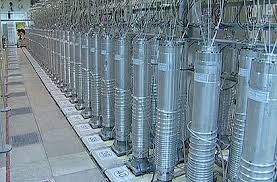 Iran has begun moving towards stopping its uranium enrichment program at its Natanz plant as part of six-month nuclear agreement brokered in November 2013 with members of the UN’s Security Council and Germany. The United States and the European Union have reacted to the move by lifting some of the sanctions imposed as expected. Countries against Iran’s controversial nuclear program are hoping that it will be the beginning of an end to Tehran’s ambitions.
White House spokesman Jay Carney read a statement saying although sanctions on Iranian oil exports, trade in precious metals and automotive services will be relieved, the US will “continue” its “aggressive enforcement of the sanctions measures that will remain in place throughout this six-month period”.
The European Union released a statement citing that “as part of the implementation of the Joint Plan of Action agreed by Iran and the E3/EU+3, which enters into force today, the council today suspended certain EU restrictive measures against Iran for a period of six months”.
Catherine Ashton, EU’s Foreign Chief Policy, said it is a remarkable turning point in the “pursuit of ensuring that Iran has an exclusively peaceful nuclear program”.
The sanctions reliefs are expected to be effective from Monday. They are expected to provide $7 billion but officials in the US claim it is not enough to fix the economy with an inflation of almost 40%. Tehran has not commented on the issue.
Iran has always maintained that its nuclear program is peaceful but neighboring countries have always doubted it. Saudi Arabia, Qatar and Israel are strong regional opposition to the program as they believe it’s for military purposes.  Israeli Prime Minister Benjamin Netanyahu said the agreement would not stop Iran from “realizing its intention to develop nuclear weapons”.