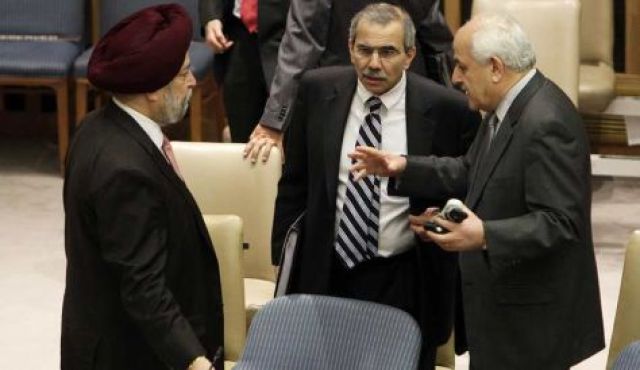 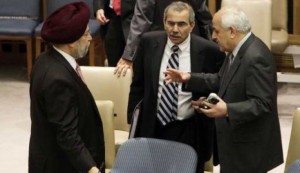 The ongoing secret talks between the Palestinian Authority (PA) and Israel has shown signs of inflexibility. The heated exchanges between the envoys of the two states during a debate on the Middle East at the UN’s Security Council highlighted that both parties are holding each other responsible for a possible breakdown in the negotiations.
Riyad Mansour, PA’s envoy to the United Nations, said that they came to the negotiation table with “genuine efforts” to find an everlasting agreement. He fears that Israel doesn’t have such a desire and warned that their “hopes are diminishing”. Mansour blamed “provocative Israel actions and declarations” for dampening the “spirit and intent of the negotiations.”
Israeli ambassador to the UN Ron Prosor also expressed similar sentiments of the opposite camp. He blamed Palestine for the failure of reaching an agreement.
The talks are being held in a secret location with the condition of secrecy of what is discussed. Unfortunately, there have been few leaks of the details surrounding the negotiations by officials of the PA.
One of the main controversial points of discord is the demarcation of the border between the two states. Palestine wants the borders to in accordance with that of the pre-1967 Six Day War. Israel has always considered the proposal to be unacceptable while Palestine insists that it is a focal point of a peace agreement.
The arguments raised by Israel and Palestine at the Security Council hints that US Secretary of State John Kerry’s diplomatic shuttle for the resumption of talks after a 3year freeze could soon be announced as another deadlock.
UN Under Secretary-General, Jeffrey Feltman, acknowledged during Tuesday’s Security Council discussion that “despite the intensification of negotiations, there have been worrisome developments on the ground that we cannot ignore.”