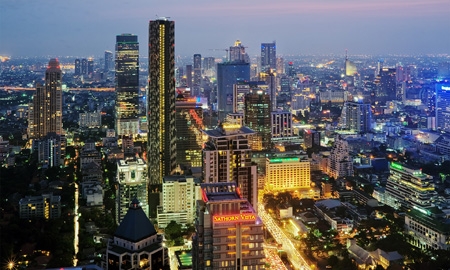 A privatization spree will be kicking off in Oman by next year after the warnings in June from the International Monetary Fund (IMF) to reduce state spending. The finances of the Sultanate face risks of unsustainability. The government has more than 60 companies in diverse sectors and could be shedding a large part of them to abide by IMF’s recommendation.
Minister Al Balushi,for Financial Affairs, was speaking at the launching ceremony of a new credit card by Oman Air in partnership with the Bank Muscat when he revealed that next year’s budget will name the companies to be privatized by the government. 19% of the national telecommunications company and largest operator nationwide, Oman Telecommunications, has already been sold as part of the privatization scheme.
The privatization scheme is expected to generate enough money for the government to stabilize its accounts. The ongoing development projects funded by the government will not be affected. Minister Al Balushi said they will be implementing “a two-fold strategy” approved by the government. According to him, the project is designed to enable the “private sector to venture into new projects on the one hand and reduces the government stake in…companies that are wholly or partially owned by the government.” Both local and foreign investors are being urged to take advantage of the opportunity.
After increasing spending over the past few years, in order to improve social welfare and create new jobs to support a growing economy, the country is now struggling to manage its finances. The IMF has suggested that the Oman should work towards earning revenue from non-oil activities in order to diversify its economy. The sultanate’s reserves in hydrocarbons and exportations are far below its neighbors in the region.