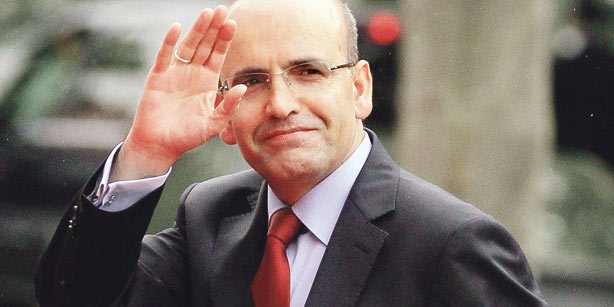 Barely a week after the reassurance of investors by Prime Minister Erdogan with regards to their capital’s safety in Turkey, Finance Minister Mehmet Simsek has stated that the economic growth will be downgraded due to decisions made in the United States and the commercial activities in the Eurozone.
After a turbulent experience, Turkey emerged as the world’s 17th biggest economy in the past ten years but is still heavily influenced by rapid flows of foreign capital. The Federal Reserve of the United States has decided to reduce the financial support that it’s pumping out to stimulate the American economy, and Minister Mehmet Simsek considers it to be a warning sign before the support is brought to an end.
Turkey is worried by the move because most of the money from the Federal Reserve was channeled into emerging markets in order to have higher gains. Therefore Turkey as an emerging market had a share of it and their withdrawal will mean that the stocks and the value of the Turkish Lira will fall while borrowing rates will rise.
A day prior to the minister’s statement, the Central Bank manipulated interest rates to push the Lira up. Minister Simsek is not ruling out lowering this year’s forecasted growth of 4% as he points out that the “Fed decisions and the international market conditions have triggered risks for a (growth) downgrade.”
Turkey is a close business associate of the Eurozone, which is also its biggest trading partner. The continuous weak demand from the zone has immensely contributed to the likelihood of an economic growth downgrade.
The debate on whether to implement policies supportive to economic growth or to the Lira continues to dominate economic headlines even though the government is in support of the former.