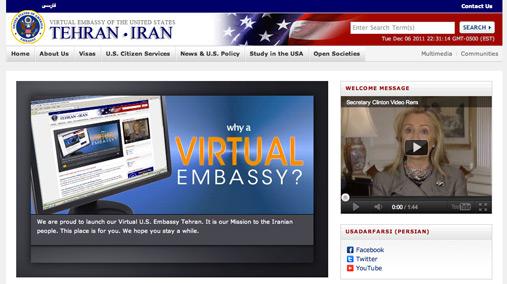 Israel has followed the path of United States foreign policy on the Middle East, by opening a “virtual embassy” called Israel in the Gulf Cooperation Council (GCC) on twitter four days ago. The account is dedicated to the Kingdom of Saudi Arabia, Qatar, the United Arab Emirates, Oman, Kuwait and Bahrain; and it’s aimed at promoting dialogue with the citizens of these countries.
The move is part of Israel’s strategies to get closer to Arab countries after an unsuccessful experience with diplomatic offices in Oman and Qatar. It was obliged to close its offices in these two countries in 2000 and 2009 respectively after escalating tensions between Israel and Palestine. A seasoned diplomat with a vast diplomatic experience with Gulf diplomatic relations, Gary Koren, brought Israel’s virtual approach forward.
The virtual embassy could also serve as a way of avoiding diplomatic tussles with Arab countries. Israel has lately opened a diplomatic office in one of the Arab countries in the Middle East about 18 months ago, but has never named country. Nevertheless, expenses regarding the office have been featured in the Finance Ministry’s 2013-14 economic plans. The foreign ministry doesn’t entertain discussing the subject.
The U.S is one of the first countries to use virtual embassies, some years ago, for Iran and Syria. It used these embassies to rally information and policies to the citizens of these two countries in Farsi and Arab respectively. “Our hope is to reach out and open lines of dialogue #KSA #Oman #Bahrain #UAE #Qatar #Kuwait,” was one of the tweets made by the Israeli account. It has already made four tweets. Israel believes that it shares similar views with the GCC nations and other regional Arab countries on Iran’s nuclear program.