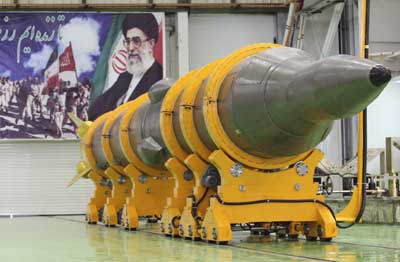 Tehran has been importing high-grade refined alumina ore from European countries that are not included in EU’s sanctions but could be used in making armor parts and missile components. Although the latest US sanction effective this month include “raw or semi-finished metals,” Iran has acquired almost 4,000 metric tons of alumina between January 2012 and March 2013 according to figures from Global Trade Information Services.
It is believed that high purity or chemical grade form of alumina were bought from France, Germany, Slovenia, Italy, Hungary and Belgium. Analysts acknowledge that Iran has the potential to fabricate armor parts and missile components locally. The amount involved has also led to some suspicions on the destined use of the alumina because “none of the military and defense-related applications use particularly large tonnages of alumina” a Western specialist familiar with alumina processes said.
Many believe that the alumina bought outside its borders will be used to buff up its missiles as part of its controversial nuclear program. Michael Elleman of the London-based International Institute for Strategic Studies said Tehran has been working on developing its ballistic missiles for 30 years. Iran has been successfully announcing the achievements it has made in military technology especially in defense systems and missiles. However, European companies active in America are now obliged to abide by the latest sanctions. Doubts linger over its effectiveness because it is a lucrative business, which has attracted middlemen from the Middle East who transport the cargoes on barges to the United Arab Emirates and then into Iran on cargo vessels.
There have been expectations from countries against Iran’s nuclear program that the newly elected president, cleric Hassan Rouhani, could be more flexible in negotiations to his predecessor, Ahmadinejad.