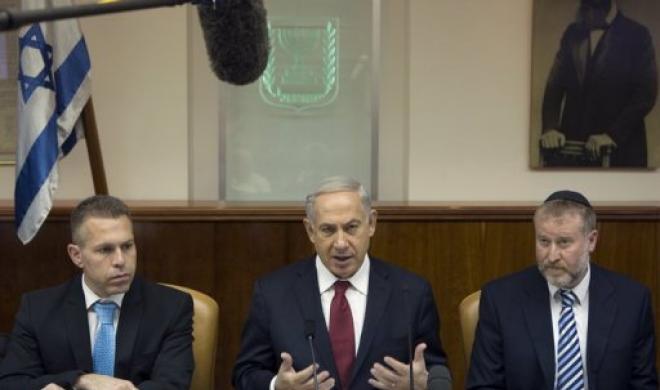 Shortly after talks with U.S secretary of state John Kerry, Israeli Prime Minister Benjamin Netanyahu told a weekly cabinet meeting that “any peace agreement with the Palestinians will be brought to a national referendum.” The meeting took place after secretary of state Kerry said that the meetings have been fruitful although he failed to bring Palestinian and Israeli officials around a table.
Prime Minister Netanyahu said he the vote “is necessary” as he stated that they are ready to engage themselves in negotiations “without preconditions.” He underlined that certain issues such as security won’t be compromised.
John Kerry is expected to be back in the region and push ahead from where he has stopped. According to him, “real progress” has been made and believes that “with a little more work, the start of final-status negotiations could be within reach.”
Palestine wants its people to be released from Israeli jails, a freeze of the settlement construction and the recognition of the West Bank’s boundary before its occupation by Israel in the 1967 Mideast war as the basis for borders of a future Palestinian state.
Netanyahu claims that “Israel is not the one blocking peace talks.” Talks between Israel and Palestine broke down in 2010 due to the continuous construction of settlements in the West Bank and East Jerusalem.
A summit is expected to be organized between officials from Israel, the Palestinian Authority, Jordan and the United States.
An Israeli diplomatic source said talks could “may lead to a breakthrough” but there are reports that Netanyahu has declined to free Palestinian prisoners who committed terrorist attacks that left many casualties.
Secretary of state Kerry stated before his departure that they “are on the right track” and all parties are “working in good faith.”