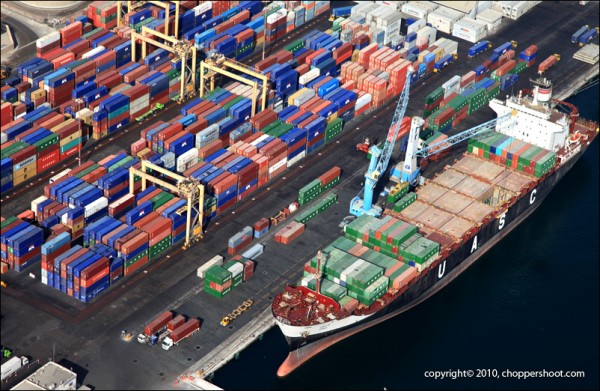 Gulftainer, the largest port operator in the Middle East in terms of number of terminals, is planning to invest $200 million in Saudi terminals after having successfully acquired the Gulf Stevedoring Contracting Company (GCSCCO).
According to a statement by Peter Richards, who is the managing director of Gulftainer, the focal points are the leveraging of operational and managerial expertise of Gulftainer and Crescent Enterprises to consolidate the feats already accomplished at the GSCCO facilities. This acquisition fits into a larger scheme of regional and international expansion of Gulftainer to remain competitive in the present and future business scene. The exact amount of the transaction is still a mystery as well as the terms of agreement. Mr. Richard did however concede that the value of the total transaction amounted to well over $270 million.
About 11 terminals are operated worldwide by Gulftainer, 8 of which are in the Middle East, accounting for roughly 40% of all the major container terminal facilities within the region. The Gulftainer facility currently consists of 1,654 meters of quay, 11 cranes, seven of which are super post panama cranes, and has an annual capacity of three million TEUs (twenty-foot equivalent units). He also highlighted the opportunities in the sector of land transport in Saudi Arabia where a sister company of Gulftainer, known as Momentum, could connect key cities within the country like Jeddah, Riyadh and Dammam to the outside world.
The importance of Jeddah cannot be overemphasized as 75% of all container traffic in the kingdom is handled through its port. Moreover, the city of Jubail that serves as the largest industrial zone in the world and covers 8,000 hectares has a port that currently handles 52 million tons of cargo per annum.