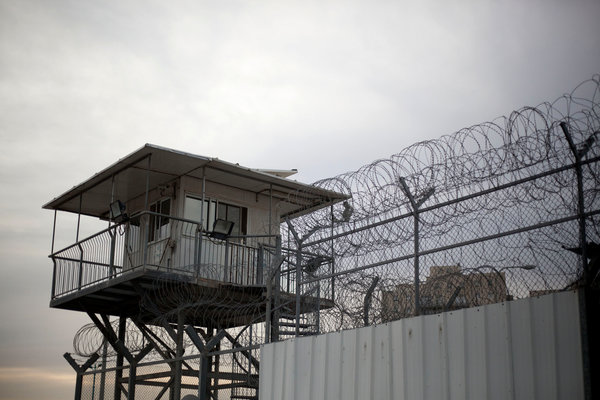 Israel fired two rockets yesterday to the South as a warning to Palestinians that were starting to cause trouble. They did it also as an attempt to warn the Syrians as it seemed their war was spilling to Gaza.
The tensions first started when a Palestinian prisoner died of throat cancer that wasn’t treated even thought it was diagnosed over two months ago. Following which Palestinian inmates decided to start a hunger strike against the harsh living conditions they endure in prison. On Wednesday, they returned their untouched plates to the guards stating they won’t accept the death of one of them due to lack of proper treatment.
The Israelis however, refute the claims that they didn’t administer proper medical care to the ailing Palestinian, although the autopsy showed the cause of death to be heavy smoking. Their protest was supported by the rest of the Palestinian population that started to cause disturbances.
The Israeli prime minister made it clear on Wednesday that they will not tolerate any shooting or rocket firing towards their country, endangering their citizens or their forces. Having breached the cease-fire agreement signed by Israel, the Palestinians call for the international community to do whatever it can to lessen the power of the Israelis.
By the end of the day tensions seemed to have increased as the troops fired rubber bullets and tear gas at the protesting Palestinians who were throwing rocks and petrol bombs, expressing their anger.  The UN envoy to the Middle East called once again for calm and peace by reminding both side how hard it was to establish the truce agreement just a few months ago.