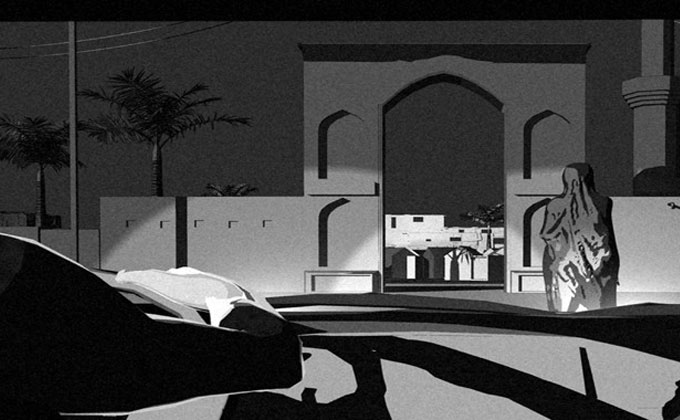 The Ruya Foundation for Contemporary Culture in Iraq hired the director of the Ikon Gallery in Birmingham to travel all over Iraq to visit artists in the main cities of the country.  Then he chose 11 to represent Iraqi art for this year’s Venice show so that they can expose their pieces in a particular pavilion.
As the curator of Iraq’s pavilion this year he said during an appearance at Art Dubai that the locals are mostly “concerned with surviving”. That is why he expressed his belief that artists  “are isolated from the art world” and  it is a great opportunity that is created through this event. When a similar Iraqi pavilion was done for the first time in 2011 it mainly featured artists of the Iraqi Diaspora that left the country before the war with Iran started.
But this time the foundation made sure that contemporary artists living in the country get to show their passion for art in the pavilion titled Welcome to Iraq.
Amongst the selected artists that are being showcased is Abdul Raheem Yassir who deals with the chaos and corruption the country is in by using cartoons. Through his work that satirizes the everyday life since the war he manages to show the constant threat the population is under and the oppression artists feel in this atmosphere. Actually most of the artists that will be exposed deal mainly about the devastation Iraq is suffering from because of years of conflict. For instance another artist called Akeel Khreef makes sculptures from objects that he finds in the streets like parts of generators or bicycles. To accentuate the contrast, the organizers of the Venice show have decided to put the Iraqi pavilion in a luxurious 16th century residence that will be furnished with Kurdish rugs.