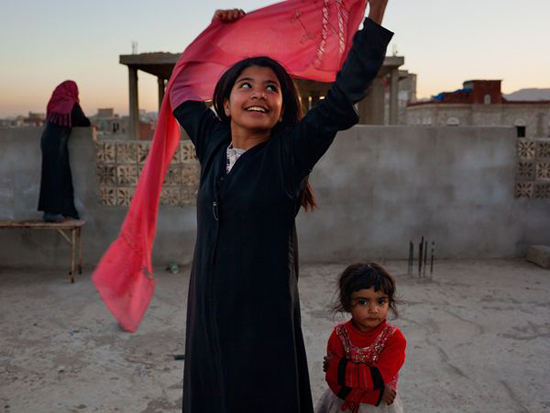 Five years ago Nujood Ali became the youngest divorcee after she escaped the man she was forced to marry at the age of nine. As a child bride her ex-husband abused her both sexually and physically. However two months after her marriage she managed to bring this man into court and was victorious into getting the divorce she wanted.
Her story was so touching and brought so much hope to many girls that were forced into marriages without their consent that she turned it into a book. Entitled “I Am Nujood, Age 10 and Divorced” it was ghostwritten by Delphine Minoui and published by an agency in France that got it translated in 16 languages.
Despite her book’s success she is now telling the press that she has not really benefited from the royalties. She told reporters that not only did her father squander all the money she was supposed to receive every month but he also chased her out of the house that was bought by the publishing agency so that she could live in a comfortable environment.
The only benefit she is getting is the opportunity to attend school since publishers managed to create a separate fund for a proper education. She said she is now staying at her brother’s house where they have to live in a very precarious situation while her father is getting remarried.
Finally she explained that she is horrified by the fact that her father is now trying to marry off her younger sister Haifa Ali to a man that she does not know and who has her father’s age. Nujood refuses the fact that her sister has to be the victim of this type of illegal act and is ready to do all her best to involve international journalists and lawyers to protect her sister.