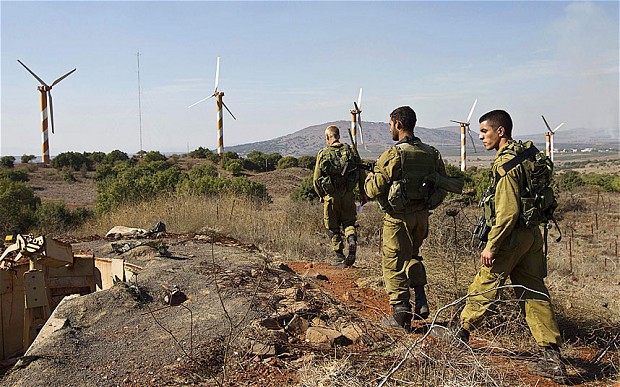 The Israeli Ministry of Energy and Water Resources has awarded the U.S.-Israeli company “Genie Energy” a licence for oil exploration in the Syrian Golan Heights, occupied by Israel since the 1967 Six Day War and annexed in 1981.
The timing of the licence awarding has stirred mitigated responses. While Israeli expansion supporters and war hawks applauded the move, since Syrian authorities and the regular army are at grips with the internal civil war and have no means to retaliate, pacifists and other observers decried the decision as inopportune as it was made on the eve of the U.S. President’s planned visit to Israel and could strain further the already tense relations between Barack Obama and Benjamin Netanyahu. It was also deemed as challenging to Islamist radicals who will not hesitate to hit back, sooner or later, to recover the Syrian territory.
Observers warned that this licence award is all the more “provocative” as it was given to a company chaired by a right-wing hard liner, Effie Eitam, known for his fierce opposition to relinquish any of the Israeli occupied Arab territories.
Some 20 years ago, Israel had decided to freeze all oil and gas explorations on the Golan Heights in an attempt to push forward peace negotiations with Syria, despite repeated calls to renew licenses.
However, soon after the turmoil erupted in the Middle Eastern country in March 2011, Israeli authorities reconsidered their decision and in 2012, after geological surveys showed the potential existence of oil reserves, the Energy Ministry chose to resume oil search in the occupied territory.
Israeli specialized media equally warned that opening the occupied Syrian territory to oil exploration will raise international protest as the Golan Heights are under international law.
The company that won the exploration license includes as shareholders Rupert Murdoch and Jacob Rothschild. Former U.S Vice President, Republican Dick Cheney works for the company as adviser.