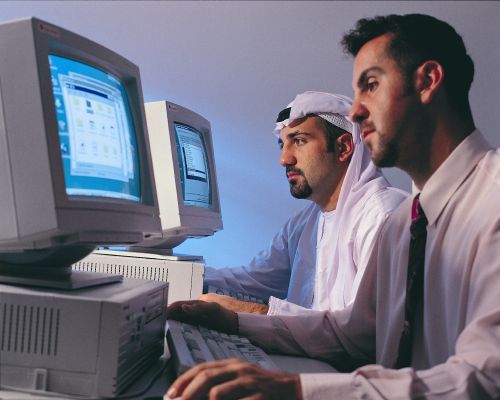 The Minister of Labour, Mr Saqr Ghobash announced on Monday that the UAE is at an employment crossroads. He said that the country’s jobless rate has reached a very high level and an open discussion should now be initiated so that the gap between salaries and benefits between public and private sectors should be diminished.
According to him about 11.8 per cent of the population is currently unemployed and the vast majority of those detaining a job are located in Abu Dhabi. In addition, four million people work in the private sector but only 20,000 are Emirati. That is why he proposed that educated discussions should be made on a national level and new measures be installed.  The issue has become a serious concern to the Ministry of Labor quite recently because according to Mr Ghobash the public and private sectors were working in perfect cohesion which allowed Emiratis to obtain interesting employment opportunities.
However in recent year, he said “things have become polarized.” For him two independent markets managed to emerge since the government mainly focused on Emiratis while private sectors employed all the other nationalities. Since being a government employee has much more advantages such as a higher salary, shorter work days and better job security, Emiratis rather stay unemployed rather than work in the private sector. That is why he proposed that a two-day weekend be given to those who work in this sector and that the government helps in complementing their salaries.
To address this issue correctly he proposed the creation of unemployment insurance for Emiratis which he believes will “encourage employment.” He concluded by saying that the Emirati labor field can greatly be improved but only and carefully in the areas that need amelioration.