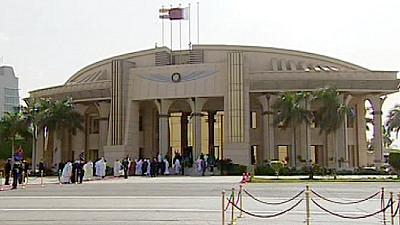 Morocco has called the international community to back the political transition process in Syria and to find a solution that puts an end to the spiral of violence in the country without any further delays.
The call came in a speech that was read out on behalf of the King of Morocco before the 12thsummit meeting of the Organization of Islamic Cooperation (OCI) convening in Cairo this February 6-7.
King Mohammed VI deplored the tragic, constantly deteriorating situation in Syria, saying that “this situation is calling out to the conscience of mankind” and that “no hesitation or procrastination is acceptable any longer.”
“The international community is now duty-bound to support the political transition process, with the participation of the legitimate representatives of the Syrian people,” he said.
The King who recalled his country’s involvement, since the outbreak of the Syrian crisis, in the international efforts seeking to find a political solution to what he described as a “horrendous crisis”, said the sought solution should “put an end to the spiral of violence and help the Syrian people achieve their legitimate aspirations for freedom and for the preservation of their national sovereignty and territorial integrity.”
He also recalled the kingdom’s humanitarian support to the Syrian people and to the Syrian refugees who fled violence and sought refuge in neighboring countries.
Morocco set up a multi-disciplinary field hospital in the Zaatari camp, in Jordan, and provided humanitarian aid to both Jordan and Turkey to alleviate the suffering of Syrian refugees.
The King of Morocco had visited the Zaatari camp last fall during a tour in the Gulf region.
A communiqué drafted by the foreign ministers who held a two-day preparatory session blames Assad’s government for most of the slaughter and urges it to open talks on a political transition.
According to the communiqué, leaders of Islamic nations will call for dialogue between the Syrian opposition and government officials “not involved in oppression” to end two years of civil war.
“We strongly condemn the ongoing bloodshed in Syria and underline the Syrian government’s primary responsibility for the continued violence and destruction of property. We express grave concern over the deteriorating situation, the increasing frequency of killing which claims the lives of thousands of unarmed civilians and the perpetration of massacres in towns and villages by the Syrian authorities,” the draft communiqué said, urging Syrian opposition forces “to speed up the formation of a transitional government “and to be ready to assume the political responsibility in full until the completion of the desired political change process.”
Morocco is represented at the OIC summit by head of the government Abdelilah Benkirane.
The 12th summit is held under the theme “Muslim world: New challenges, expanding opportunities.”