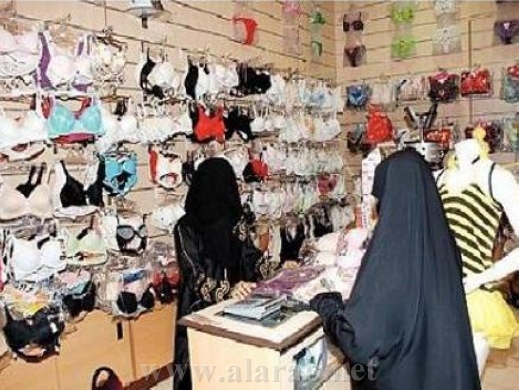 In the Kingdom of Saudi Arabia, laws and regulations are becoming stricter concerning gender segregation in public areas. The most recent of such measures consisted in ordering all stores that employ men and women to construct a separation wall in the middle of the shop and thus erect a barrier between the two genders.
The religious police, who pushed for this regulation claiming to protect Saudi saleswomen, explained that female employees complained that their working conditions weren’t adequate and that they were constantly harassed.
The labor minister Abdel Faqih who heeded the complaint announced that walls at least 1.6 meter high should be built in upcoming days. The move was also backed by the head of the Commission for the Promotion of Virtue and Prevention of Vice, commonly known as Mutawa.
This measure “to ensure the protection and comfort of Saudi women” is not the first of its kind. In June 2011 all lingerie shops that had Asian salesmen were forced to replace them with native saleswomen. Once again according to the religious police, shoppers were not feeling at ease being assisted by men when buying their lingerie items and wished to have female sales assistants. The directive concerning lingerie shops was extended to all cosmetic stores.
Many Asians lost their jobs because of the move but the Saudi Government took advantage of the measure which helped it fulfil its pledge to create employment opportunities for Saudi Nationals.
The replacement of male sales assistants created about 44,000 jobs for Saudi women in the country where more than 30 percent of females are unemployed.