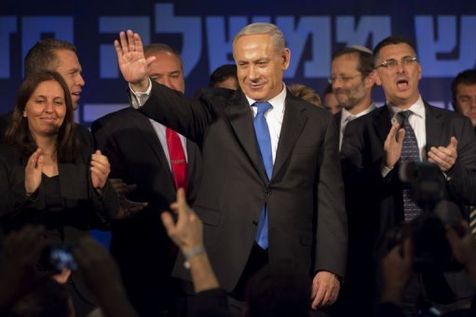 The long awaited Israeli election was held this Tuesday with a surprising turnout. With a record of 55.5% of Israel’s 5.6 million eligible voters, this year’s election might have closer results than expected. Binyamin Netanyahu remains prime minister by renewing his term but the fact that so many of the voters were supporters of rival parties allowed analysts to predict that he will have a smaller mandate. This large number occurred because of a late enthusiasm that was provoked amongst voters at the end of the election campaign. In addition; sunshine and the high temperature that was recorded during the day might have encouraged voters who would not have done their civic duty otherwise. Four hours before the closing of elections Netanyahu who was surprised as well by the turnout immediately warned his supporters of the Likud-Beiteinu electoral alliance to “Go out and vote in order for us to be strong.” For Tzipi Livni, the leader of the centrist Hatnua party, this was a reminder of the protest that Israel witnessed almost two years ago, she hopes that a revolution might have been done. Results will be officially announced next week but on Wednesday the president, Shimon Peres, will already start the selection process of a party leader that will be capable of assembling a coalition. The political character of this coalition will depend on the number of seats that both centre-left and extreme right parties will be having. However British foreign secretary William Hague expressed his disagreement on the settlement expansion plans Israel has decided to pursue and he said that he wants the new government to be more reasonable so that the country won’t loose the International community support by bringing the peace process to an end in the region.