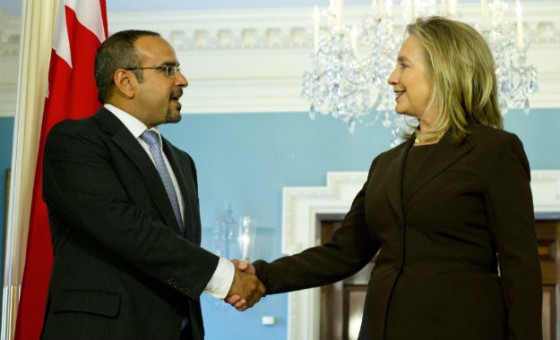 The release of a document by the US Defense department shows according to some experts that the US might have been providing Bahrain with arms used against protestors. Since 2000, The US sells weapons to Bahrain for a total cost of almost $1.4b but the sale was never under scrutiny until 19 people were killed a few months ago by the country’ s security forces.
Bahrain officials maintain the fact that they acquire weapons only for external defense however according to human rights advocates the revealed documents are unclear about the used against civilian protestors.
Sunjeev Bery, Middle East advocacy director for Amnesty International said: “The US government should not be providing additional military equipment that could make matters worse.” Reflecting the fear generated by all those concerned about the civilian security in the region since the US is also giving training courses on how to use the weapons in various Bahraini towns.
Asked to comment about the situation Bahrain’s ambassador to the US , Houda Nonoo, said the military force does not target any protestors since their main concern is combating “external threats.” But the fact that the Bahrain’s ruling family that are Sunni has been supported by the American administration for the past two years in every protest led by the Shia majority population frightens those human rights advocates that weapons as well as helicopters might have been sold to the country knowing that they might be used on various occasions on protestors. In particular with the current tensions that the US is having with Iran, Bahrain remains a very essential ally to the United States that also have a large American naval base located in the country.