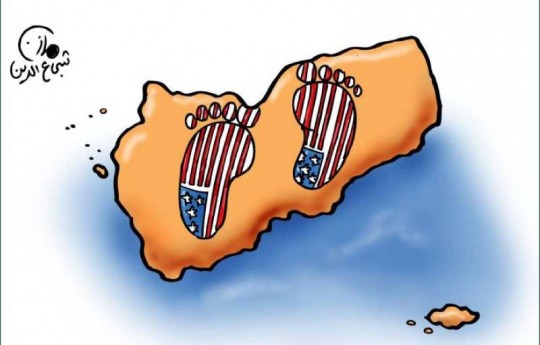 Maizin Shuja’a Al-Din, a Yemeni cartoonist just published his second book entitled “Mazin…the Satirical Pencil 2.” Since a very young age, this artist had a passion for creating drawings that succeed into creating various kinds of emotions to those who looked at them.
Most of the time he drew cartoons that amused his classmates and teachers. That is why he decided to dedicate his life to caricature drawing making it not only a hobby but a full time job. However, in Yemen, Newspaper publishers rarely give value to cartoonists and many of the artists lack training compared to those in other Arab countries.
That is why the art of caricatures is not very developed forcing Shuja’a Al-Din to keep being determined in order to succed into making the art well known in the region. But he doesn’t like to discuss political issues in his cartoons since he thinks that “Drawing political cartoon forces me to be affiliated with specific political groups and ideologies even though I’m independent.” That is why he aims to entertain and educate children in topics such as child labor, early marriage and education.
In fact, his new cartoon book deals mainly with issues that concern the Yemeni society by using humor on marriage, poverty and inequality. He also added that at this time where the country is confronted to many difficulties such as economic and political crisis critical cartoons are necessary to show some of the reality the population has to endure in their everyday life.
That is why some of his work was not very well received by Yemeni authority. Despite, this situation,  Shuja’a Al-Din continues to display his work on networking sites such as Facebook with few other cartoonists that live in Yemen.