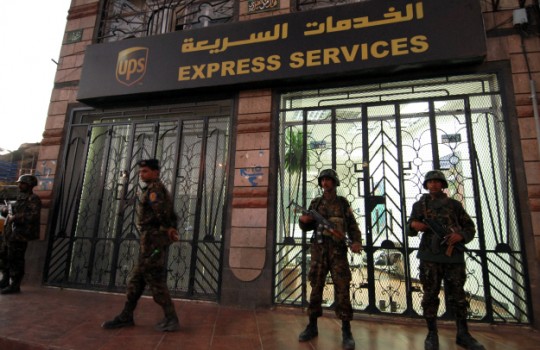 The Kingdom of Saudi Arabia’s foreign Minister Prince Saud Al Faisal announced yesterday that the accusations the country received of directly attacking targets in Yemen were just speculations. According to a newspaper’s report, KSA fighter jets might have attacked Al Qaeda’s enemies passing as US drones. The allegations were made by Britain’s Times newspaper on Friday that based the news on a US intelligence source that confirmed the fact that the kingdom’s air force was behind some of the attacks. However besides denying this fact the Prince Saud did not add any more details on the subject. However if evidence is found that Saudi government is directly related to the bombing, relationship that Riyadh’s government is  trying to be built with the new heads of Yemen will be damaged. Because of that the search for Al Qaeda targets in Yemeni regions will be complicated for KSA since the actual Yemeni tribal leaders control the areas where members of the group are located. In addition, Riyadh’s government fears that in case disturbance is created in Yemen Al Qaeda might use the turbulence to attack Saudi by blocking its major oil shipping route through the Red Sea. For some time now the fact that most of Al Qaeda’s regional leaders in the Arabian Peninsula have the Saudi nationality and that they have clearly announced their wish to bring down the actual ruling family has been known. Thus, KSA with the help of USA is doing all its best to target and extinguish this group by all means. Saudi intelligence agency has succeeded into preventing many attacks by this group on international targets. Thanks to the US drones that operate in the region, many members have been targeted without risking ground troops or air crews.