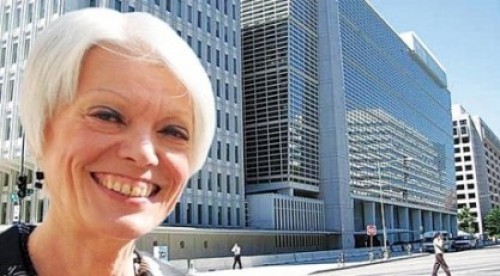 The International Finance Corporation (IFC), a member of the World Bank Group, has granted a $30 million loan to Malta-based FIMBank designed to boost trade between Europe, the Middle East, and Africa, and to support economic development in the region.
The loan will help FIMBank offer trade financing to companies that import and export food, consumer goods, and machinery, said the IFC in a press release.
The loan is part of IFC’s efforts to support trade finance in the
Middle East and Africa, which helps promote private sector development in those regions, the release said.
The loan, meant to support cross-border trade in the Middle East and Africa, will boost FIMBank’s financing of trade activities that contribute to development in these emerging economies, the FIMBank president Margrith Lutschg-Emmenegge was quoted as saying.
The loan was extended to FIMBank in the frame of the Global Trade Liquidity Program (GTLP) launched in 2009.
GTLP is a coordinated global initiative that brings together governments, development finance institutions, and private sector banks to support trade in developing markets and address the shortage of trade finance resulting from the global financial crisis.
With targeted commitments of $4 billion from public sector sources, the program has supported nearly $20 billion of trade since its inception. It raises funds from international finance and development institutions, governments, and banks, and it works through global and regional banks to extend trade finance to importers and exporters in developing countries. IFC’s commitment to the program is $1 billion.
“Expanding trade finance is a key element of IFC’s strategy in the region,” said Aftab Ahmed, IFC Financial Markets Director for Europe, the Middle East, and North Africa. “With easy and affordable access to trade finance, local entrepreneurs can reach new markets, grow their businesses, and hire more employees,” he said.