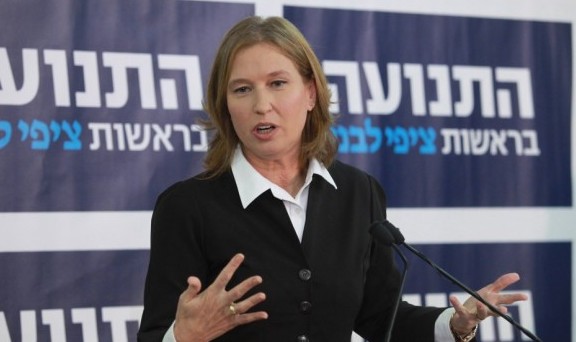 Former foreign minister, Tzipi Livini announced on Tuesday her return to the Israeli political arena. After six months of intense reflex ion, she decided to create a new party “The Movement”. In the speech she made at the journalist’s Union office in Tel Aviv, she said she wanted to partake in the process of building   peace “For the Jewish Israel” as well as “for the democratic Israel, a state in which all, but all of its citizens, with no difference of nationality and religion, are citizens with equal rights.” She also stated that she wanted to fight to have a secure country for the next generation to come in the political arena while her son is doing the same thing by serving the Israeli army.  Ms Livini made a huge impact in the center of Israel’s political spectrum because she managed to convince an already existing party she helped found in 2005 called the Kadima Party to join her, making her already have 8 members of Parliament to support her. However, recent polls show that individual parties will have more difficulties gathering votes from right leaning and religious parties which seems necessary to beat actual Prime Minister Netanyahu. That is why some, such as History Professor Aviad Kleinberg, believe that she will only succeed in “splitting” the left bloc. But the fact that several members were pushed toward the bottom of the list at primaries organized just a day ago gives “a good starting point” for Ms. Livini according to Nahuma Barnea, a veteran columnist. This deceiving result for Prime Minister Netanyahu are signs that for the first time since elections were announced there is no certainty that he will win a third term.