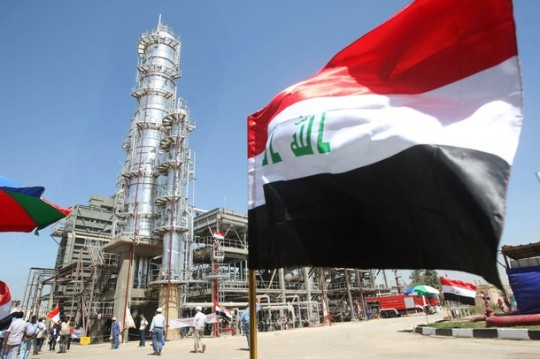 Iraq has been struggling to satisfy the energy demands of the country as well as increase its oil output despite the cross-carpeting of oil companies towards the semi-autonomous region of Kurdistan.
An investment development plan by an Italian oil and gas company, Eni, is expecting the consortium it leads to pump in a total of $18 billion in the Zubair oilfield. These intentions were announced by the chief executive officer of the company, Paolo Scaroni, during at an International Energy Agency conference in Rome. According to CEO Scaroni, the company will continue to invest in the Zubair oilfield. The group is composed of Occidental Petroleum Corp and South Korea’s KOGAS have great interest in the oil field as they “have already invested 4-5 billion euros into the project.”
As of now, the Zubair oilfield produces almost 270,000 barrels per day. The company wants to massively increase it. Eni, U.S.-based Occidental Petroleum Corp and South Korea’s KOGAS signed a 20-year deal with Iraq in 2010 to develop the Zubair field.
Showing his anxiety about their business in Iran, CEO Scaroni said that “Our adrenaline rush now is not what it was when we entered Iraq … [it’s] more complex than we first thought.” The country’s administrative system has been a major point of criticism especially when it comes to its included bureaucracy, limited energy infrastructure, and the political situation with the Kurdistan region following its own policy when it comes to hydrocarbon activities.
Scaroni also took his time to advice the government in Baghdad that it should not take the shifting of global companies to Kurdistan lightly but should rather work on creating a much more conducive environment before affirming his loyalty to the federal government.