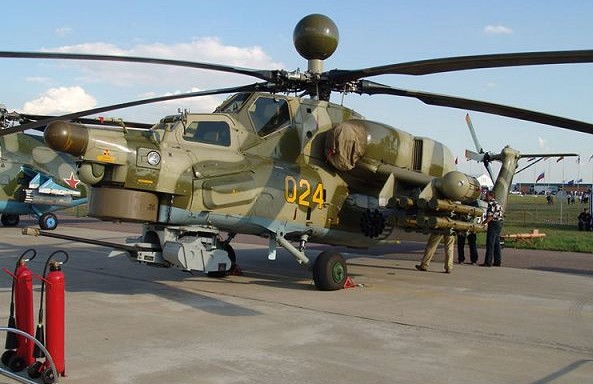 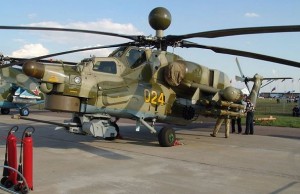 The Iraqi Shiaa-dominated government of Nuri Al-Maliki has announced the purchase of $ 4.2 billion weapons from Russia, the world’s second-biggest arms seller after the United States.
The arms deal includes 30 Mi-28NE attack choppers, 42 Pantsir-S1 surface-to-air missile systems and mobile rocket launchers. It was sealed during Al-Maliki visit to Moscow where he met Russian President Vladimir Putin and his counterpart,  Dmitry Medvedev.
The arms sale marks a strong comeback of the Russian defence industry to Iraq after it was cut off from this market following the U.S.-led invasion of 2003 which toppled Saddam Hussein, once Moscow’s biggest weapons customers and closest ally in the region.
Some analysts say this new lucrative deal gives Russia an opportunity to build a new partnership with Iraq and rekindle Russian-Iraqi relations ties that have lagged since the fall of Saddam Hussein regime.
According to some press reports, the two countries are also discussing a possible sale of MiG-29 fighters and helicopters along with heavy weaponry.
Washington says overly that it is not concerned by the Russian deal. But several experts believe that the U.S. administration will not appreciate with Al Maliki’s move because it sees with deep distrust the rapprochement between Moscow and Baghdad.
Commenting the arms sale, a State Department spokesperson says “Iraq has initiated some 467 foreign military sales cases with the United States. If all of these go forward, it will be worth over $12.3 billion, so obviously our own military support relationship with Iraq is very broad and very deep”.